As mentioned in my previous post, we had a tee time booked at Meadow Lark which was nearly put in jeopardy due to me throwing my credit card away in the carpark!

We got organised very quickly upon arriving at the golf course.  It was hot – about 35 degrees!  The course is very picturesque with lots of trees.  After playing five rounds at Desert Blume which has no trees I had a bit of trouble on the first couple of holes but it sorted itself out.

The Canada Cup was in the bag so today the boys were playing for the Budweiser at the end of the round.  We had a nice afternoon and Gary was victorious again – Stevie was buying the beers.

Meadow Lark Country Club was founded in 1919 and sits on the beautiful curving Missouri River.  They had obviously had some issues with flooding because along one of the holes they had all these old cars forming a stop bank. 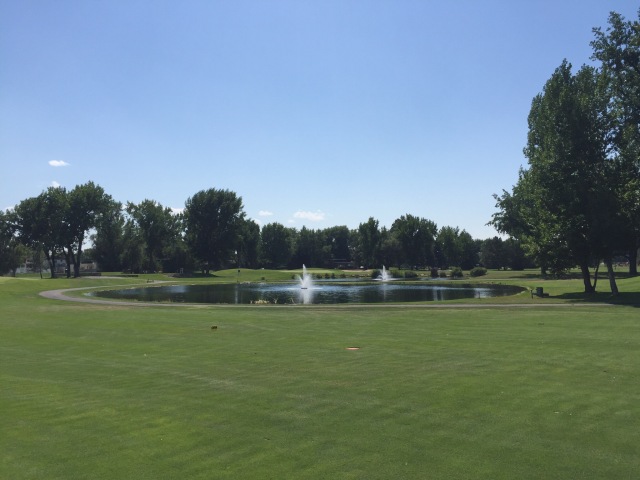 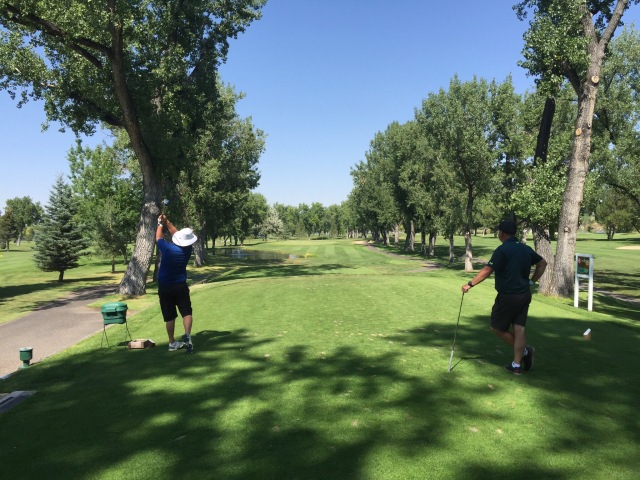 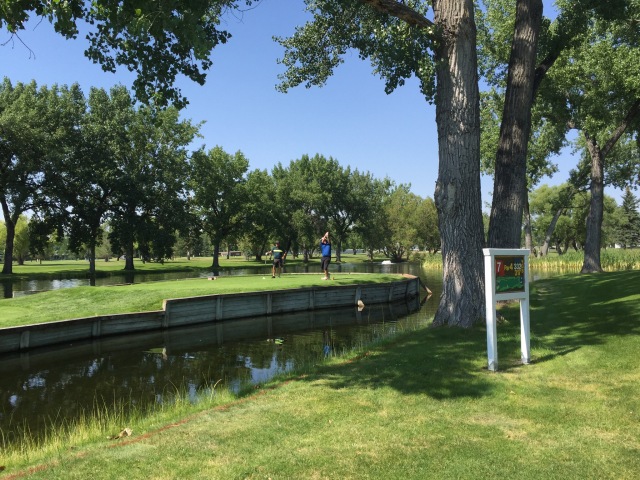 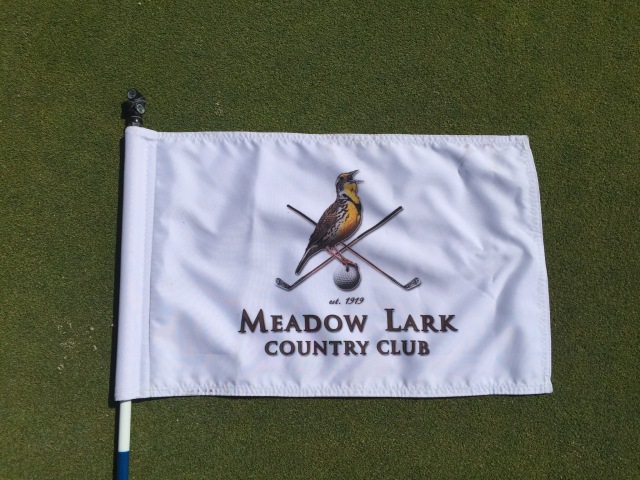 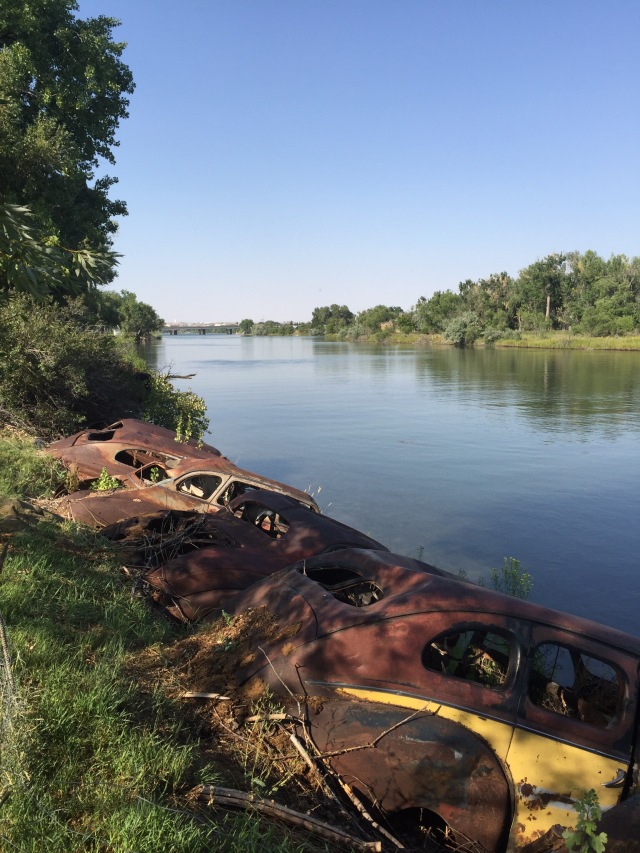