Next up on our Swiss golf tour was Axenstein which is a 9 hole, par 31 course in Morschah. It sits at about 750 metres above sea level and has spectacular views.

In the nineteenth century, the prestigiously situated Morschach region of Switzerland evolved into a trendy holiday resort, discovered mainly by guests from England, France and the USA. In 1869, the luxury hotel “Axenstein” was opened, followed by “Palace Axenfels” in 1873. Morschach became world-renowned and experienced magnificent times. In 1904, Axenfels opened a 9-hole golf course for English golfers, becoming the first of the two hotels to do so. At the time, it was regarded as one of the most beautiful courses in all of Switzerland. In 1924, Axenstein followed suit and opened its own course, originally with 18 holes before later being reduced to 11 and then 9 holes due to topographical reasons. The children of farming families living in the area were willing caddies, a role which proved a profitable activity. Many elderly residents still look back on this magnificent time with fond memories. However, World War II killed off the luxury hotel trade and the two hotels were demolished, the golf course was used for agriculture and the tennis courts and hiking trails disappeared.

At the beginning of the 1990s, Dr Georg Wiederkehr, with Axenstein Immobilien AG, took over the land and commissioned engineer Stephan Kalt of Wermatswil to reconstruct today’s golf course in consultation with Scottish golf professional David James. The course was re opened in 2006.

Axenstein is not the type of course we normally play with the steep inclines and declines and short holes but it was fun and really makes you focus on the accuracy of your shots. We played the nine holes and then had a really good lunch at the restaurant before going out and playing the nine holes again. It really was much easier the second time round and my score reflected that. Again we had a perfect day and the I couldn’t get enough of the vistas. 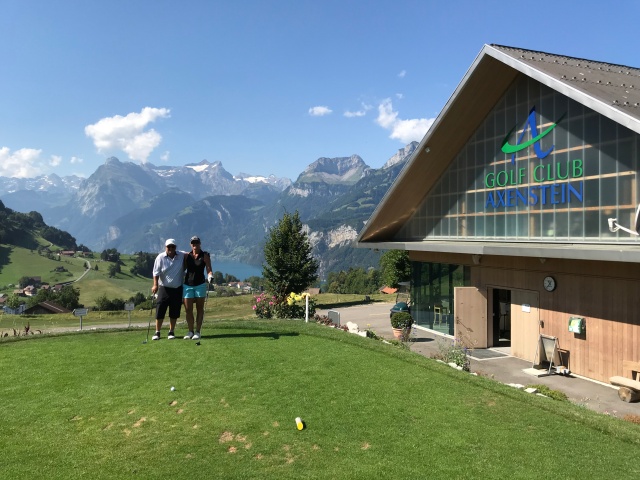 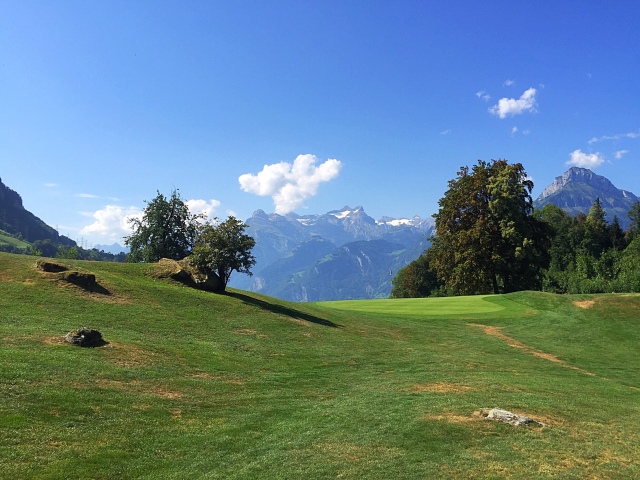 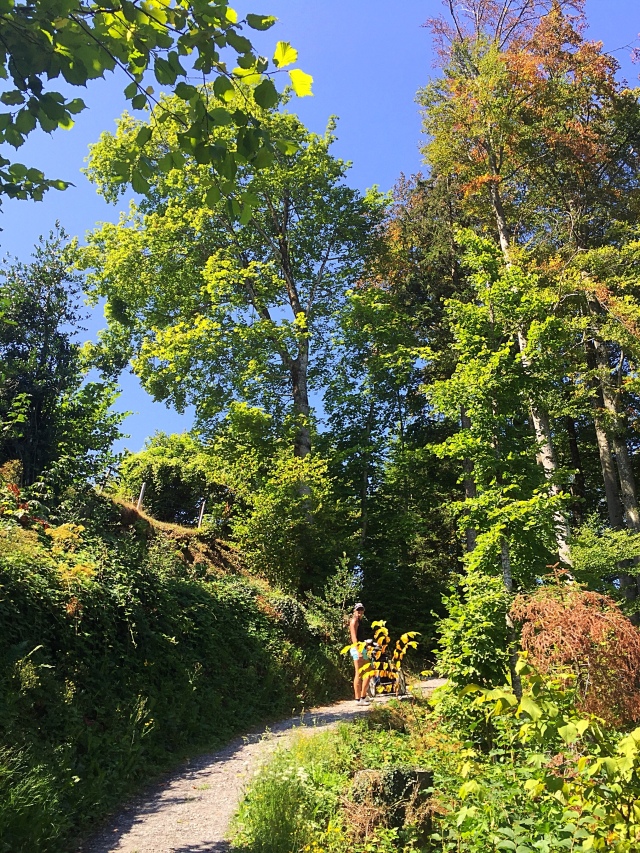 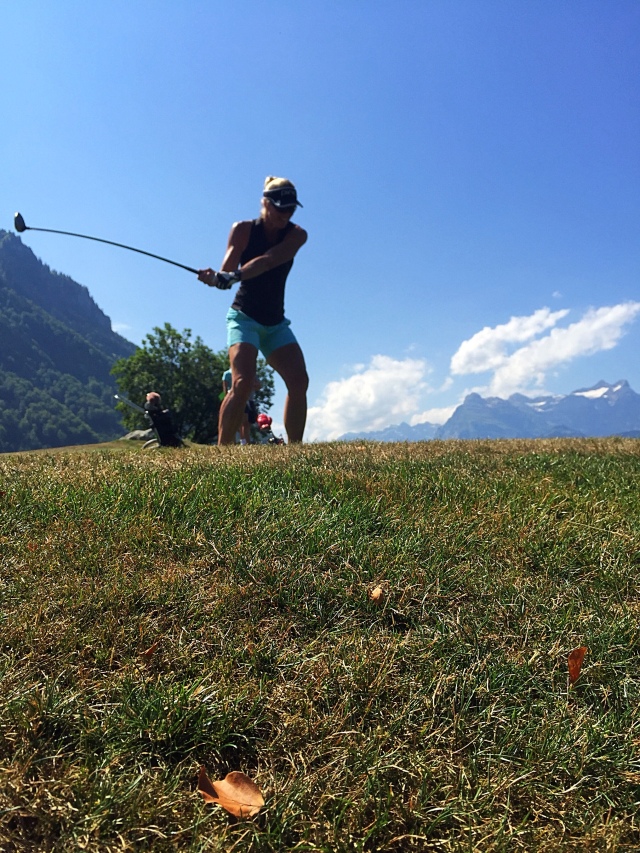 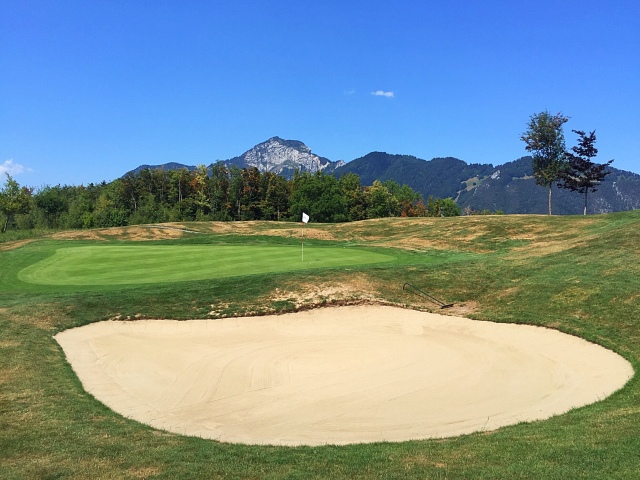 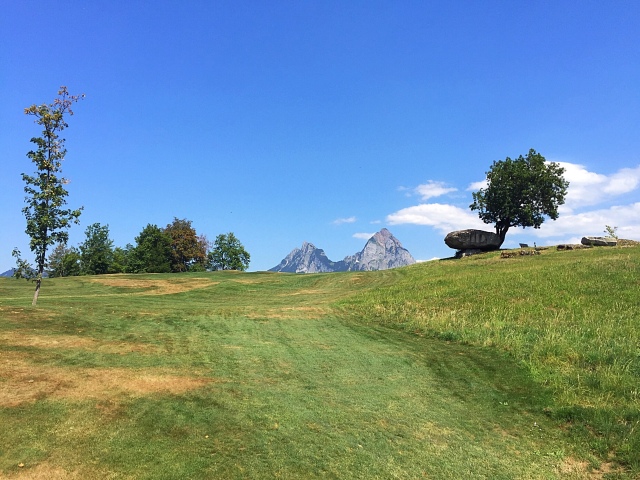 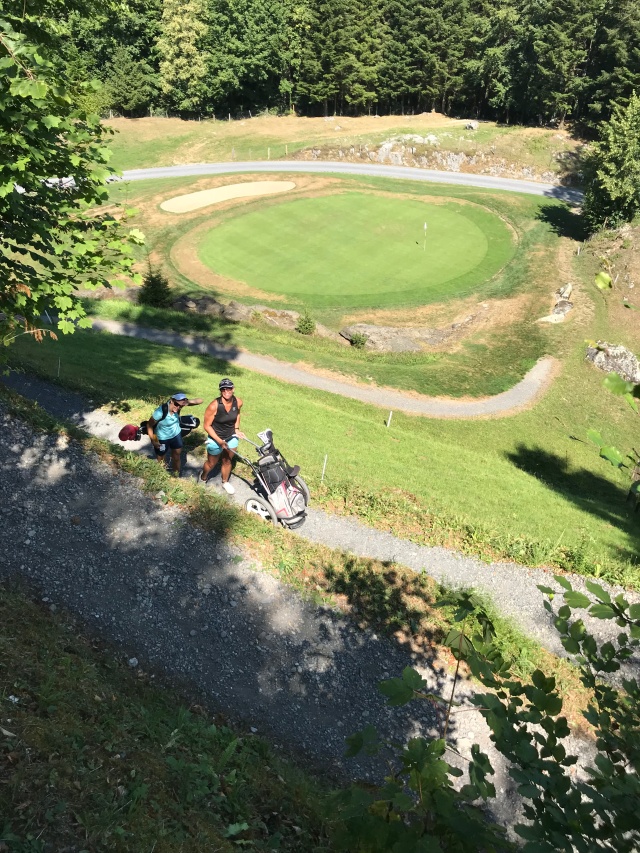