On the 31st Elvis went skiing with his friend Christophe and Karin & I went to Altdorf to get some more supplies for New Years Eve.  It had stopped snowing but remained cold.  Karin and I decided to build a snow bar next to Mr Mi for the evening’s celebrations.

In between shopping and building the ice bar we went snow shoeing to the local farmers to buy some eggs and cheese. Steve joined us this time and quite enjoyed himself. 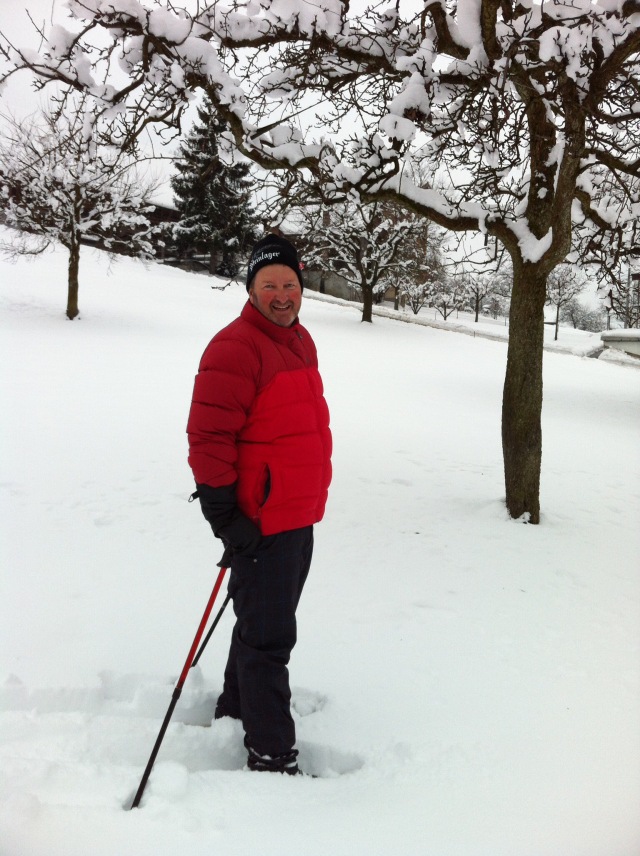 Originally there were going to be seven of us for dinner but that became nine after Christophe and his friend Tino decided to join us as well.  Beth and Shaun who we had met before were also coming as well as Elvis’s brother Manuel.

Steve cooked a big piece of lamb on the BBQ – 1.5 kilograms.  The Swiss don’t eat a lot of meat so they were in awe of this piece of lamb – just another Wednesday night for us Kiwi’s.  Karin made potato salad and we also had beans and carrots.  Beth had made the starters which included artichokes marinated in wild basil pesto – very nice.  In between the main and dessert some of us went for a walk down to the lake and up to the church – the fresh air was welcome after a cocktail of mulled wine, champagne, sauvignon blanc and red wine.  When we got back we enjoyed orange Tiramisu made by Karin which was delicious.

We all rugged up and went out to the snow bar about 11.50pm to do the countdown into 2015.  We had put the French champagne on snow so it was the perfect temperature for our New Year’s toast.  There were fireworks going on in the surrounding villages and they looked very pretty as they soared above the lake.

We lasted about half an hour outside before retreating into the warmth to drink and chat some more.  We eventually finished up about 2.30am!  It was great to share New Years Eve with Karin & Elvis and their friends : ) 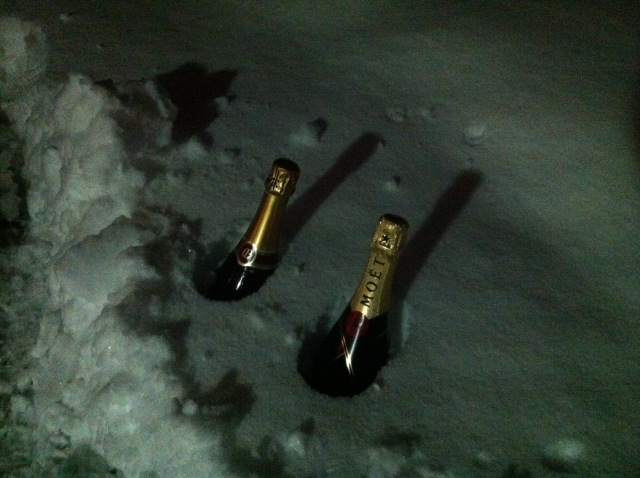 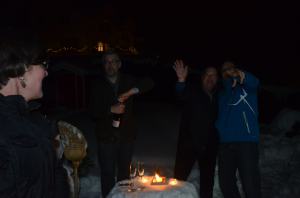 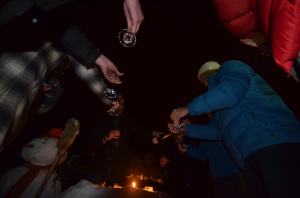 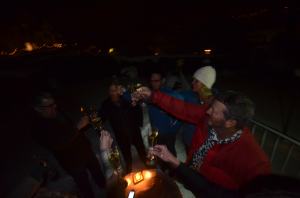 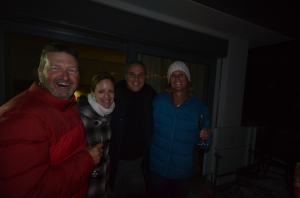 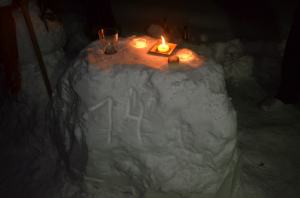 Steve had obviously had too much to drink as he thought the moon was a shooting star! 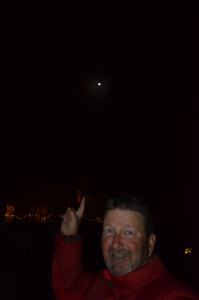