Today we drove north again to Marbella to play the Rio Real Golf course. We were paired up with a couple of Swedish brothers – Jonas and Matias. They were nice young lads who don’t get to play a lot of golf back in Sweden but had some good natural talent and strength. Steve enjoyed having some male company on the golf course. They spoke good English but would chatter away to each other in Swedish and say various phrases in Swedish if the other did a good shot. Steve tried repeating the phrases – I told him he hadn’t mastered many Spanish phrases yet so probably not a good idea to get confused with Swedish. And we all know what he’s like on the English front : )

The course was nice and played out towards the sea and back again. It was a lot flatter than the Marbella Golf & Country Club course. I didn’t play too bad – my practice at the Golf Centre is paying off.

The Rio Real golf course was designed by the legendary Javier Arana, considered to be the best Spanish designer of all time. The golf course opened in 1965 and runs alongside the Rio Real River, from which it takes its name, and forms an integral part of the course, right up until it reaches the Mediterranean Sea.

After golf we decided to check out Puerto Banús which is a marina development just south of Marbella. It has a beach promenade, lots of restaurants and cafes, a marina and lots of shopping. We went to Vanilla, a cafe that was highly recommended on Trip Advisor. We sat outside and just as our food arrived the heavens opened up. We tried our best to shelter under the outside umbrellas but it was pretty heavy so we made a mad dash inside with our food in hand. The staff were very friendly, the food good and they did soy milk lattes so all was well with the world.

The forecast had been for a bit of rain in the morning but it didn’t arrive until the afternoon. Our plans for exploring the area were thwarted but we will come back another day I am sure. 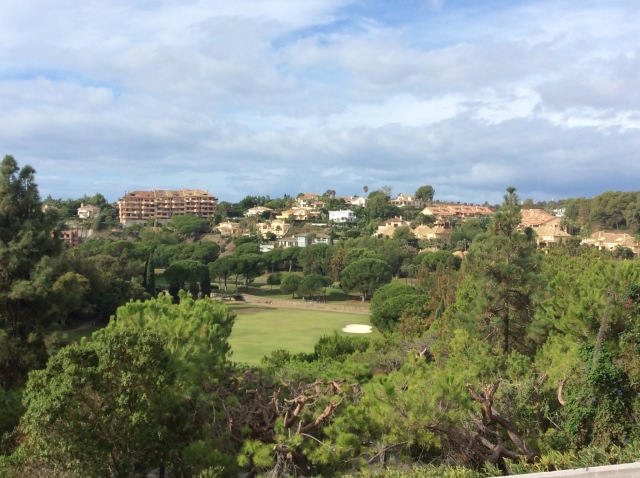 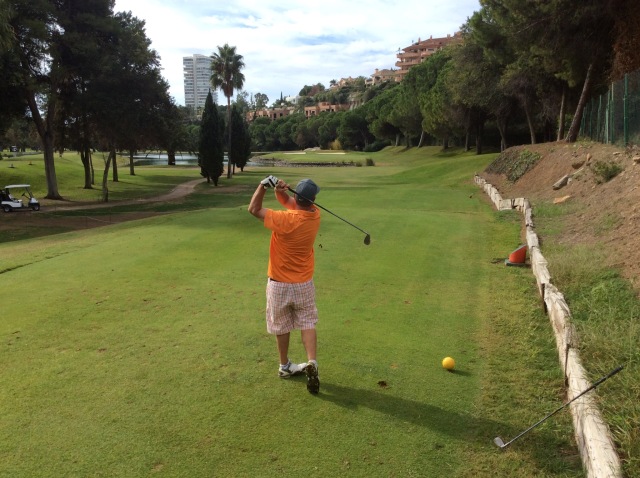 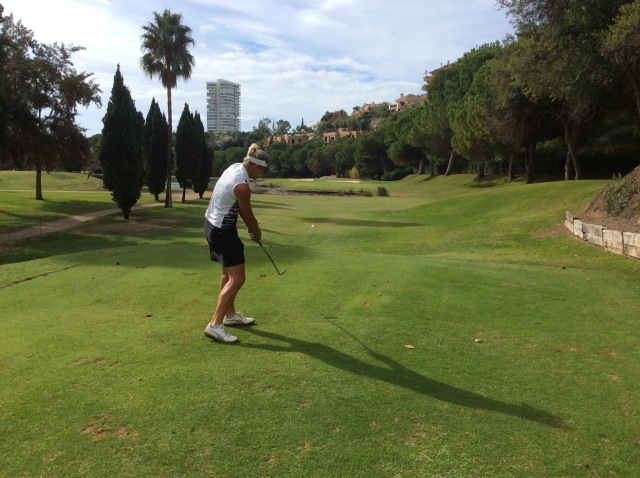 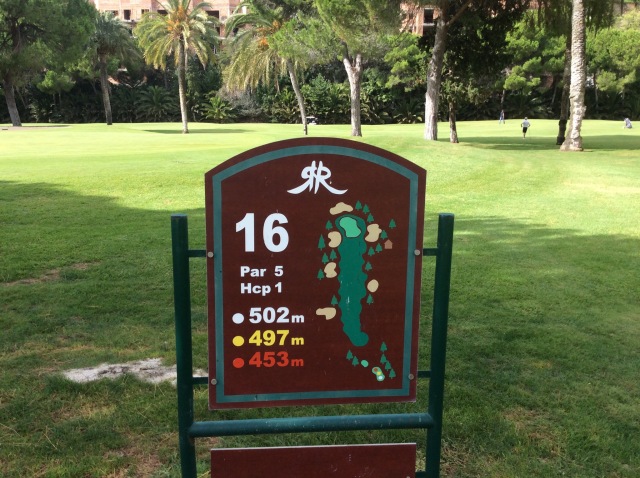 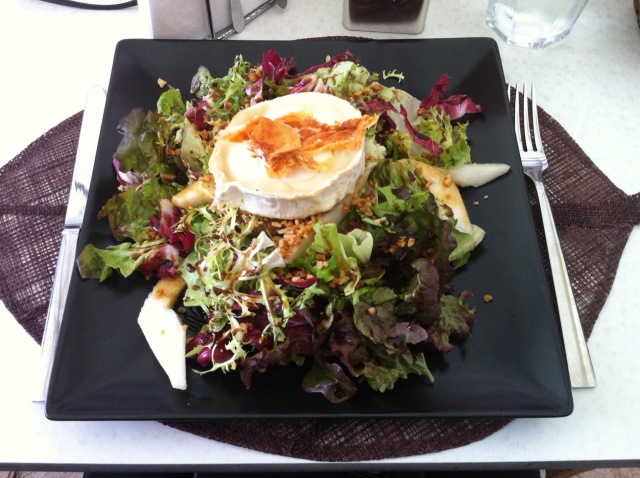