We played a couple of rounds at the Golf Club at Estrella.  The course was designed by Jack Nicklaus II and is nestled amongst the community of Estrella.  The course opened in 1999.  The deer and the antelope don’t roam here among giant saguaros (cacti), but certainly bobcats, coyotes, rattlesnakes and other Sonoran Desert wildlife do.  Fortunately we didn’t get to see any of them : ). We played on our own the first time we played the course.  The second time we played it we were joined by a couple of locals – Joe and Tim.  They were fun to play with and Tim showed us a couple of pictures of rattlesnakes that he had personally come across on he course.

Tim also taught us about the Honey Do list – we asked him what he was planning on doing after golf and he said he had a very long Honey Do List which sounded like ‘honeydew list’ to us.  Of course we were confused but once he said ‘you know, honey do this, honey do that” we understood completely : ). The white board is going to be renamed the Honey Do List when we get home – Stevie can’t wait!

We found the course reasonably straight foward after some of the other courses we have played but it was nice to be able to work on a few things.  We both had good scores on this course – Steve shooting in the late 70’s and me in the early 80’s : ) 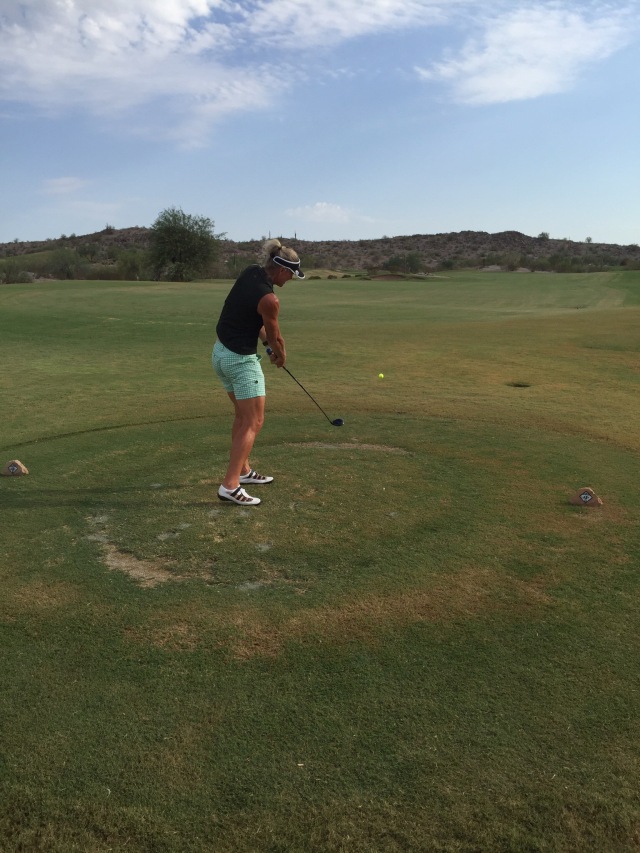 The Pissed Off Golfer’s Monument – apparently these clubs were left in a pile on the 18th tee block and the next time Tim played he said they had been buried like this : )

This blog was originally set up to share our 9 month adventure around Europe and the USA with friends and family in 2014. On returning to NZ in January 2015 I decided to carry it on so I could continue to share any future travel adventures - it has become my electronic travel diary. I hope you enjoy and get inspired to visit some of the wonderful places we have visited.
View all posts by SUNGRL →
This entry was posted in Arizona, USA, United States of America. Bookmark the permalink.