We left Moab in Utah on Sunday and headed south west to Arizona.  Our final destination in Arizona was to be Phoenix but that was about an eight hour trip so we decided to have a stopover in Flagstaff in the north of Arizona on Sunday night.  The landscapes we saw during this drive were amazing – vast open spaces with these incredible land formations dotted here and there.

Everyone we told that we were headed to Arizona for a couple of weeks warned us about the heat – they said it was going to be unbearable. We arrived into Flagstaff about 12.30pm after gaining an hour in time and it was the coldest we have been since leaving Vancouver some six weeks earlier – it was only 22 degrees!  We had a lazy Sunday afternoon and evening before heading further south to Phoenix the next morning.

We are lucky enough to be staying at our Canadian friend’s place in Verrado, Phoenix for the next couple of weeks complete with a car and a pool : ). We dropped our trusty little rental car off at Phoenix airport before heading back to Verrado to stock up on supplies at the supermarket.  We were both very excited by the prospect of being able to cook again.

On Tuesday morning we got up at 5.30am so we could make our 7.40am tee time at TPC Scottsdale which is about an hour away. Although we have been here before we had forgotten how big Phoenix is and how busy the motorways are. As we got closer to Scottsdale the motorway signs had weather warnings on them. We were looking around thinking it looked pretty good to us so what are were going on about. We got to the golf course and were told there was an hour’s delay due to the bad weather that had passed through. Some of the cart paths were unpasseable apparently?

We went off to use the practice facilities and then met up with the guy we were playing with.  His name was Justin and he was from Las Vegas.  He was in town for the Coldplay concert.  He had only taken up golf about four months earlier but wasn’t too bad.  He told us he had joined TPC Summerlin in Las Vegas – the cost to join this course is USD7,500 and then you pay a monthly fee of USD550.  Wow – makes our USD1,000 equivalent annual fee seem very good value : )

The weather remained fairly overcast and we got the odd spit of rain but nothing major.  Justin said that the lightening storm that they had the night before was effectively sparking in the backyard of the hotel where he was staying.  We hadn’t seen any of that so that is why we were quite surprised by the weather warning signs.

TPC Scottsdale – Stadium Course  is home to the PGA TOUR’s fan-favorite Waste Management Phoenix Open, The Stadium Course at TPC Scottsdale has hosted some of contemporary golf’s greatest moments since opening in 1986. The course was designed by Jay Morrish and Tom Weiskopf specifically to serve as the stage for the tournament – what’s now become the largest spectator golf event in the world.

The course is most famous for it’s par-3, 16th hole that transforms into “The Coliseum” during the Waste Management Phoenix Open and provides fans with one of the most exciting settings in professional sports.

We had played this course about 6 years ago but it has undergone some extensive renovations since then.  The City of Scottsdale began an extensive renovation of TPC Scottsdale’s Stadium golf course and clubhouse on April 1, 2014. The golf course project, led by architect Tom Weiskopf, included the relocation of four greens, resurfacing of all greens, reshaping and regrassing of all tee complexes, relocation and reshaping of all bunker complexes, replacement of cart paths, and re-landscaping of desert areas. The result is a golf course that’s more aesthetically pleasing to resort guests and strategically more challenging to PGA TOUR players during the Waste Management Phoenix Open.

The starter told us that pre the renovation the Pro’s used to shoot about 25 under in the tournament and now they shoot about 12 under.

After our round we decided that although it is a nice course it is far from the best course we have played.  The greens had been birdie cut and they were quite slow – I’ve got used to putting on fast greens so it was quite frustrating!  Listen to me, anyone would be think I was a pro : ) 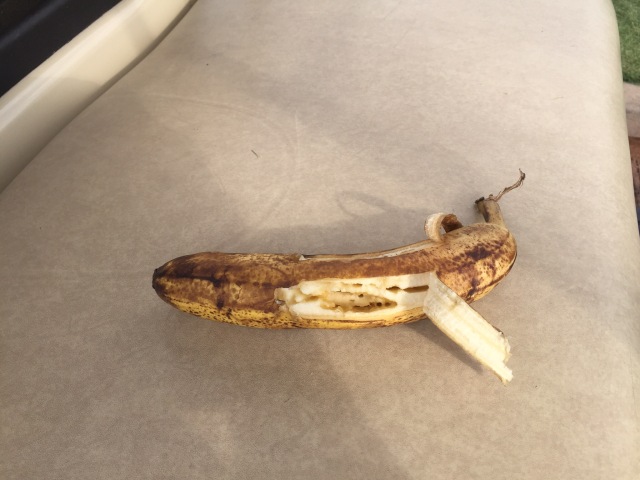 My banana got attacked by the Ravens!  They just hopped into the cart and helped themselves – cheeky buggers! 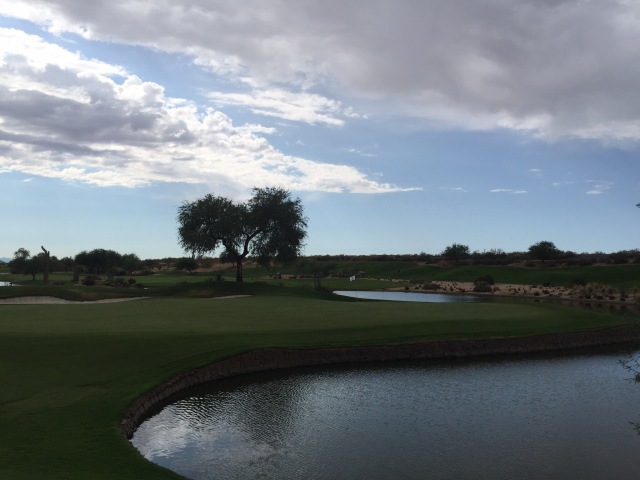 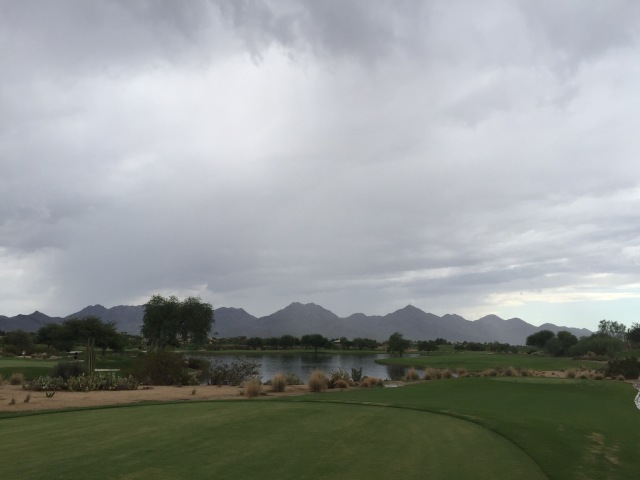 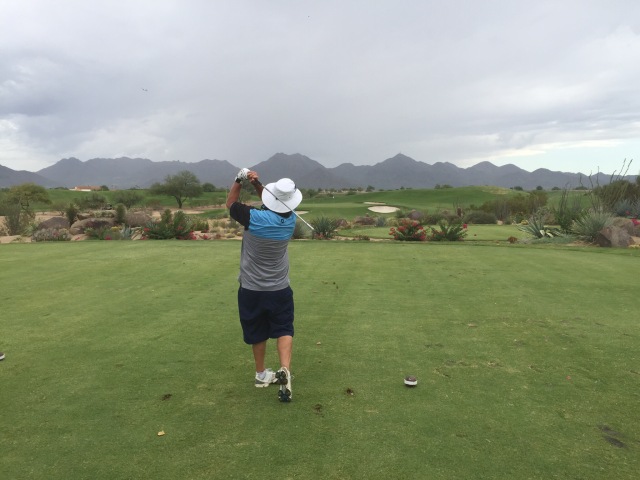 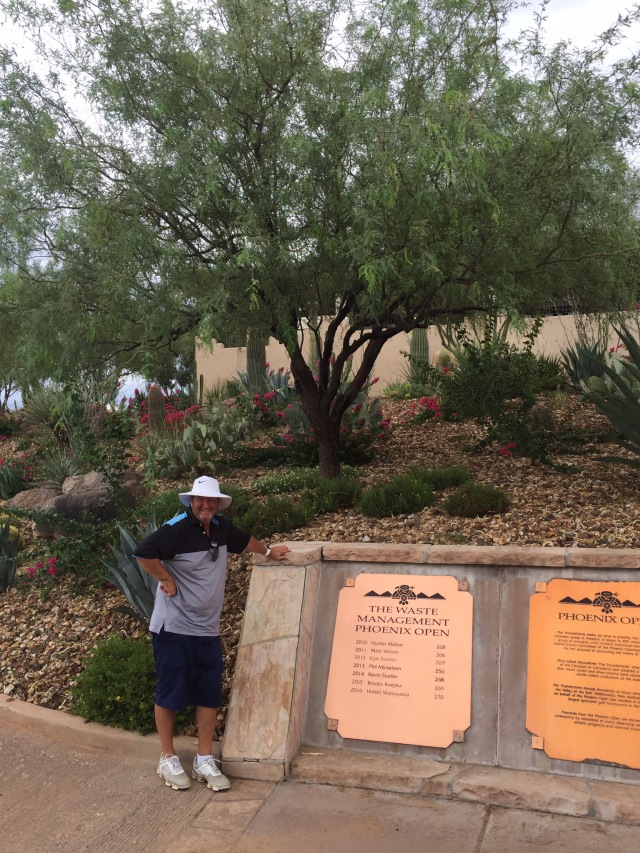 After golf we stopped in at a wine shop – this is how Steve wants to travel going forward:

This blog was originally set up to share our 9 month adventure around Europe and the USA with friends and family in 2014. On returning to NZ in January 2015 I decided to carry it on so I could continue to share any future travel adventures - it has become my electronic travel diary. I hope you enjoy and get inspired to visit some of the wonderful places we have visited.
View all posts by SUNGRL →
This entry was posted in Arizona, USA, United States of America. Bookmark the permalink.