Wednesday the 27th July was round one of the Canada Cup at Desert Blume Golf Club in Medicine Hat.  Steve & I met Gary & Anita at the course and the banter began.

The course is 6,900 yds long with a par of 72. Its a challenging course that weaves its way around and through the large sandstone coolies that were carved millions of years ago by rivers long gone. The course is a hybrid between a links course and a strategic desert course, there are no trees at Desert Blume just desert brush native to the area.

Round two was the next day and Pat & Kay joined us so the girls played together and the boys played together.  The boys played behind us but Steve still managed to tell us what to do on the 3rd hole – he got a short, sharp shift.  It was a bit of a change in fortunes for Steve with Gary winning 4 points to Steve’s 2.  Beginners luck on day one perhaps for Stevie: 0

Round three was played on the Sunday which is couples day so Steve, Gary, Anita and I played together again.  Some of their friends also played and we were part of the overall competition.  Steve’s fortunes did not change back unfortunately and he went down 4 to 2 again.  The overall Canada Cup score at this point was Steve 10, Gary 8.

Round four was played on Monday and again Pat & Kay joined us so it was boys and girls again.  The boys saw the resident Bull Snake on the second hole.  We were playing in front of them again but didn’t see it – thank goodness!

Anyway Steve’s fortunes were still down and he lost everything on the front nine.  He was down about three shots.  On the back nine it came down to the 18th.  Steve had to win this hole in order to tie the Canada Cup.  Gary hit one of the best wedges of his life to be within 4 feet of the hole.  Steve made him mark it – Gary was expecting Steve to give him the putt but he was hanging on for grim life.  Steve had a twelve foot birdie putt which lipped out and went four feet past.  They both made their putts which meant Gary got 5 points and Steve got 1.  Gary 13, Steve 11.  In the words of our famous America’s Cup commentator Peter Montgomery, Canada’s Cup was still Canada’s Cup!

Gary nearly caused an eclipse of the sun, his grin was so wide!

We had a drink in the bar afterwards and then Steve had to present the Canada Cup to Gary.  Gary supplied the Canada Cup which was a cup and plate featuring the Royal Canadian Mounted Police – these were manufactured locally and have quite a historic significance in the area.  Although Gary won the Canada Cup he actually gifted it to Steve along with another cup for me to take home : )

This is the email that Gary sent to his golfing mates:

Well boys I am pleased to announce the Canada Cup stayed in Medicine Hat!!!

Drove Steve and Rachel to Great Falls yesterday, they graciously accepted to take the Alberta Hycroft Plate and Cup back to New Zealand as a momento of their visit to Medicine Hat!!!

Steve decided we are brothers from a different mother!!!!👍👍🍷🍷🍺🍺🇨🇦🇨🇦🇬🇸🇬🇸 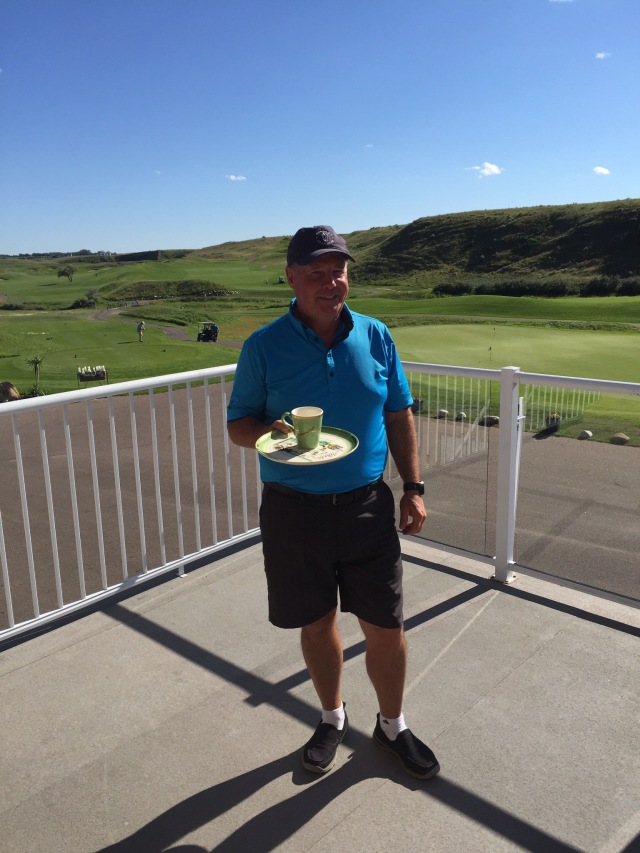 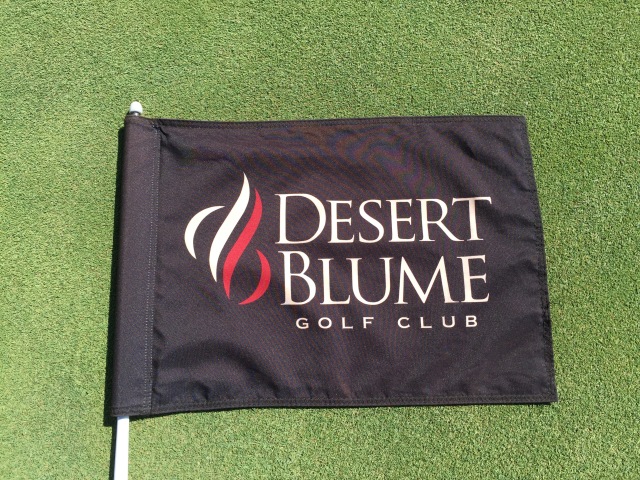 My golfing buddies – Anita and Kay

This blog was originally set up to share our 9 month adventure around Europe and the USA with friends and family in 2014. On returning to NZ in January 2015 I decided to carry it on so I could continue to share any future travel adventures - it has become my electronic travel diary. I hope you enjoy and get inspired to visit some of the wonderful places we have visited.
View all posts by SUNGRL →
This entry was posted in Canada, Medicine Hat. Bookmark the permalink.