My favorite golf course in NZ is Wairakei because of it’s fantastic natural surrounds and Lough Erne Golf Club is right up there. We were blown away with the natural surrounds, vistas, lakes and birdlife.

We sat outside until 10pm overlooking the lake and the 18th green – it was a perfect night. We were booked to play the Castle Hume course the next day but we decided we would rather play Lough Erne again. It is always good to play a course twice so you know where you’re going and we really couldn’t resist getting another taste of the natural beauty.

We teed off at 8am on Friday and had the whole course to ourselves until about 9.20am when the next group teed off. It was another perfect day and so magical being out there. After a little stint at the driving range after the first round I was back on track and it was easier knowing where to go. Steve was on fire – he had 4 birdies and 3 pars shooting a round of 81 – pretty good on a course where water comes into play on 14 of the 18 holes. We were also even on the ball count front – I lost two but we found two so the ball stocks remained in tack.

After golf we had a yummy lunch at the resort and then headed for Galway which took us about 3 hours to reach. It was hot and the car doesn’t have air conditioning. When we first picked up the car I said that air conditioning wouldn’t matter – it won’t get that hot! It hit 30 degrees yesterday and we were sweltering. We were listening to the local radio station and they were talking about the phenomenal weather the country was having. They were looking at the highs around the world and were managing to surpass a lot of the typically hot countries.

I do believe though that these conditions are not normal – I have never seen so many translucently white people. It doesn’t look right and I am sure it can’t be healthy – where do they get their vitamin D from? 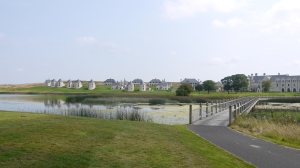 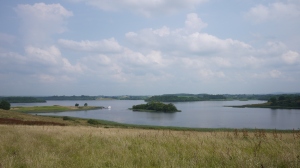 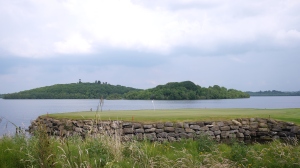 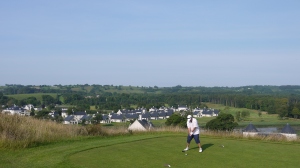 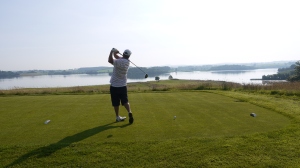 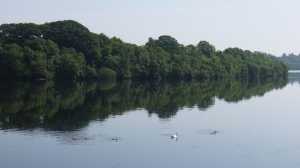 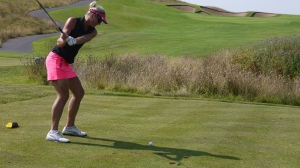 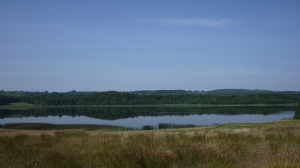 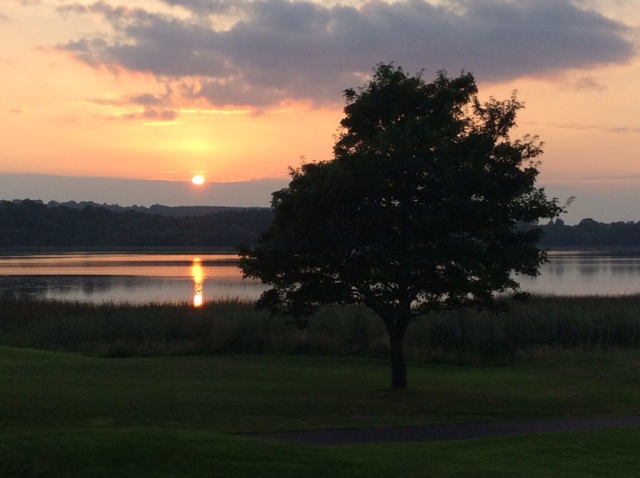 This blog was originally set up to share our 9 month adventure around Europe and the USA with friends and family in 2014. On returning to NZ in January 2015 I decided to carry it on so I could continue to share any future travel adventures - it has become my electronic travel diary. I hope you enjoy and get inspired to visit some of the wonderful places we have visited.
View all posts by SUNGRL →
This entry was posted in Northern Ireland. Bookmark the permalink.