We arrived into Galway on Friday night. We wandered down to the shopping mall and noted that we weren’t staying in the nicest part of Galway. On further exploration of the city we have come to the conclusion that Galway in it’s entirety is not the prettiest city we have ever visited. I just read on Wikipedia that Galway suffered greatly as a result of the potato famines of 1845 to 1852 and did not fully recover until the great economic bubble of the late twentieth century. Personally I think this is probably an accurate assessment – it has the image of a place that has done it tough over time.

The Great Famine was a period of mass starvation, disease and emigration in Ireland between 1845 and 1852. It is sometimes referred to, mostly outside Ireland, as the Irish Potato Famine because one-third of the population was then solely reliant on this cheap crop for a number of historical reasons. During the famine approximately 1 million people died and a million more emigrated from Ireland, causing the island’s population to fall by between 20% and 25%. The proximate cause of famine was a potato disease commonly known as potato blight.

I also just read the following on wikipedia – in 2007, Galway was named as one of the eight “sexiest cities” in the world. A 2008 poll ranked Galway as the 42nd best tourist destination in the world, or 14th in Europe and 2nd in Ireland (behind Dingle). It was ranked ahead of all European capitals except Edinburgh, and many traditional tourist destinations (such as Venice). The New Zealand Herald listed Galway as one of ‘five great cities to visit in 2014’. The others were Istanbul, New Orleans, Dubai and Cabo, Mexico.

Interesting – clearly my definition of sexy differs wildly from whoever carried out the poll in 2007!

We have, however, found a very pleasant local – Tom Sheridan’s. Nice pub with great food. They also had a photo of the legendary Jonah Lomu on their wall.

On Sunday we took a drive to Clifden and drove around Sky Rd which is an 11 km drive along Clifden Bay and Streamstown Bay rising more than 150 m above sea level at Slyne Head, with views of the Atlantic. The landscape is fairly hardy and the houses are all concrete and stone. They also use stone for fences both around the houses and in the pastures – I suppose the stone stands the test of time given the exposure to the oceanic conditions.

After having a walk around Clifden we came back to Galway and checked out Salthill which is the seaside area in the city of Galway. It wasn’t a bad day and there were a few hardy folk swimming in the North Atlantic. As with the city the beach certainly didn’t appeal to me.

I went for a run into the city centre this morning and back and encountered a couple of intoxicated individuals – 7am on a Monday morning! I couldn’t really understand what they were saying – a combination of their accents and the alcohol. Anyway I ignored them and then I heard one of them say – hey woman! I carried on my merry way and then realised I had taken a wrong turn – I could have re traced my steps but encountering the intoxicated ones again didn’t really appeal so had to get directions from a woman I came across. Still directionally challenged no matter what part of the world I am in! 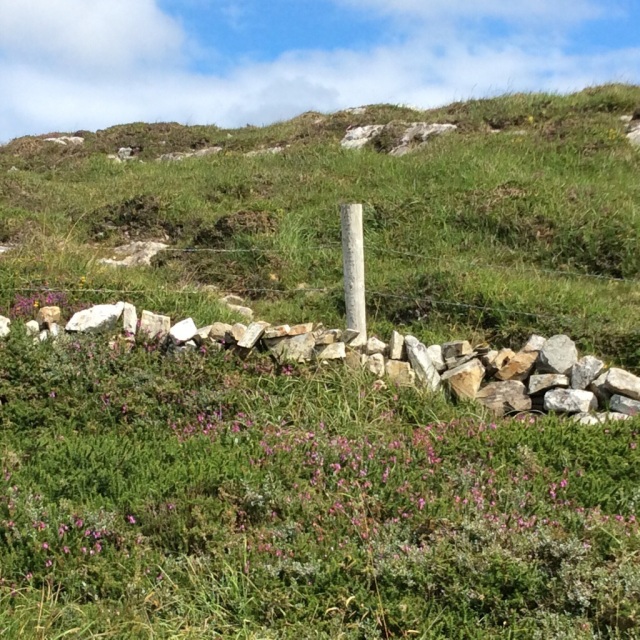 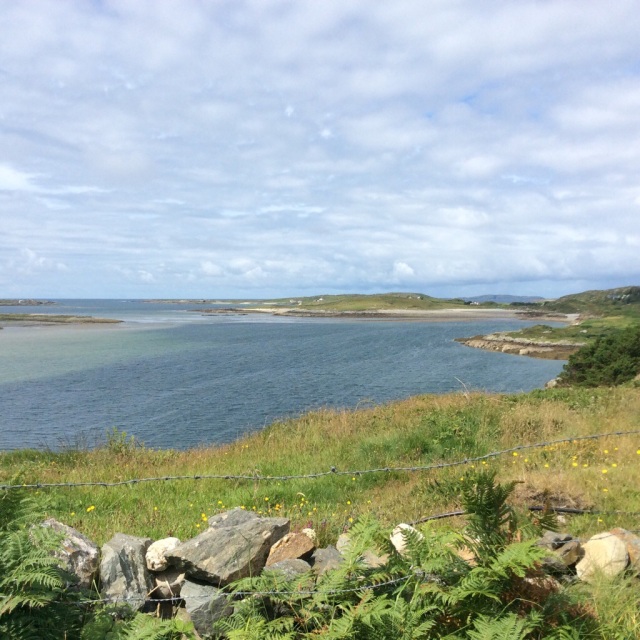 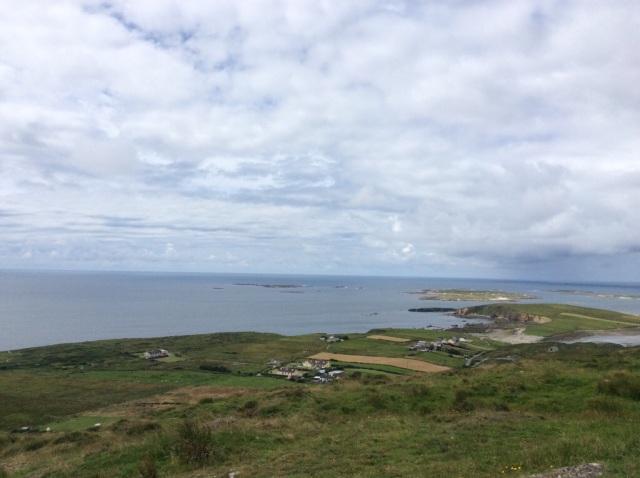 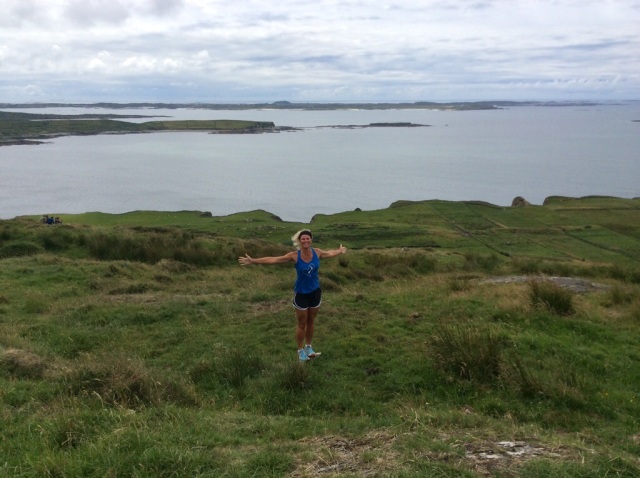 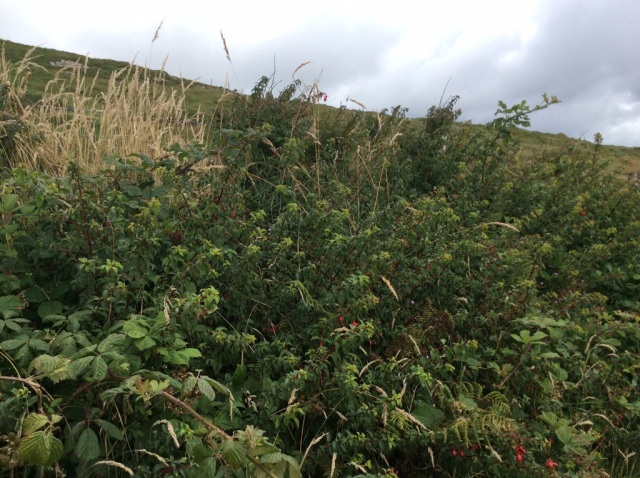 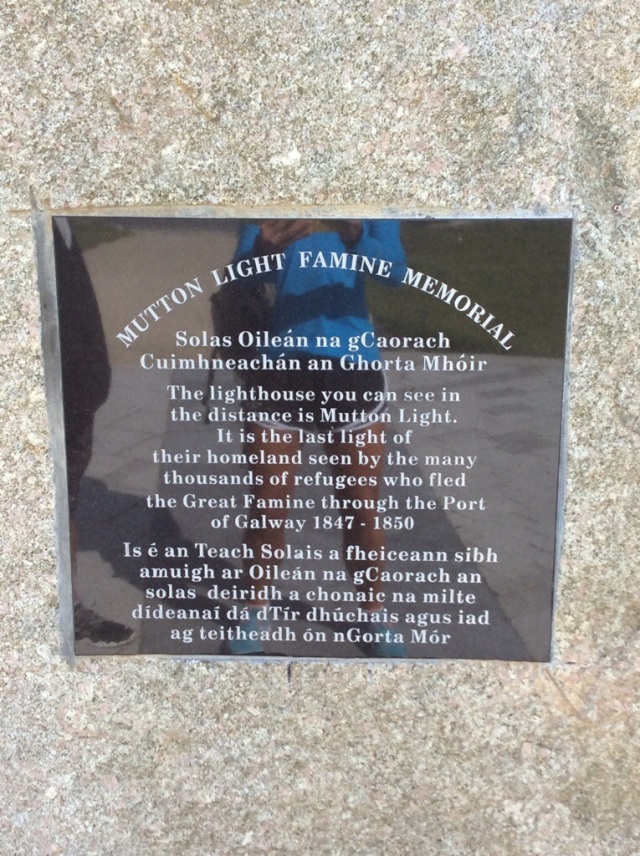