It’s a long way home…… but totally worth it!

On Friday the 2nd January we left what has become our home away from home in Switzerland at 4 Lindenhalde, Buochs. Karin & Elvis drove us to Zurich where we caught our SWISS flight to Paris. It was very sad saying goodbye to our Swiss friends who we spent about 5 weeks with over the 8 months and 18 days that we were away. 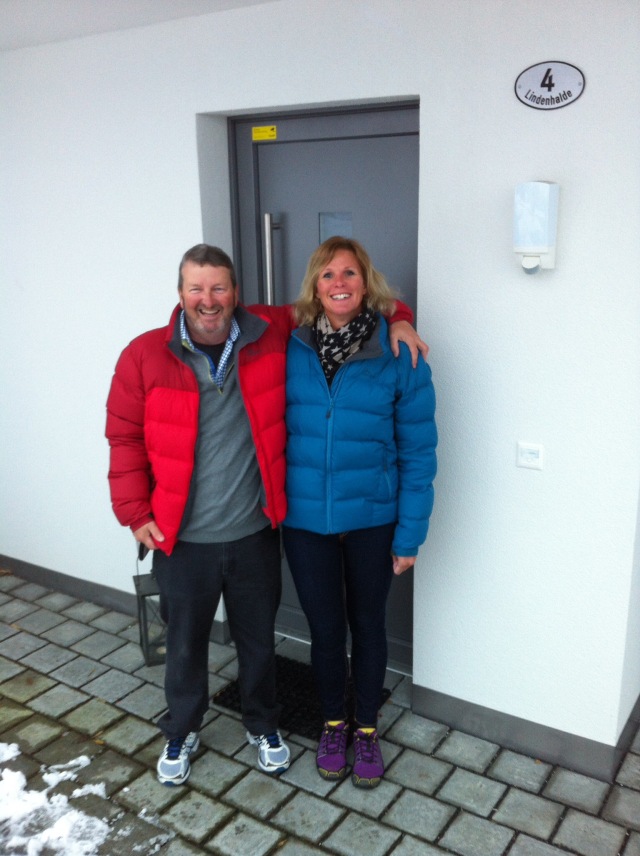 We spent two nights in Paris out near Charles de Gaulle Airport. On the Saturday we took the train into central Paris to revisit a couple of our favourite spots – the Champs Élysée and the Arc de Triomphe. It was a grey overcast day but Paris is always a cool city to visit no matter what the weather is doing. In saying that we were very happy not to be there when all the Charlie Hebdo drama went down three days later. 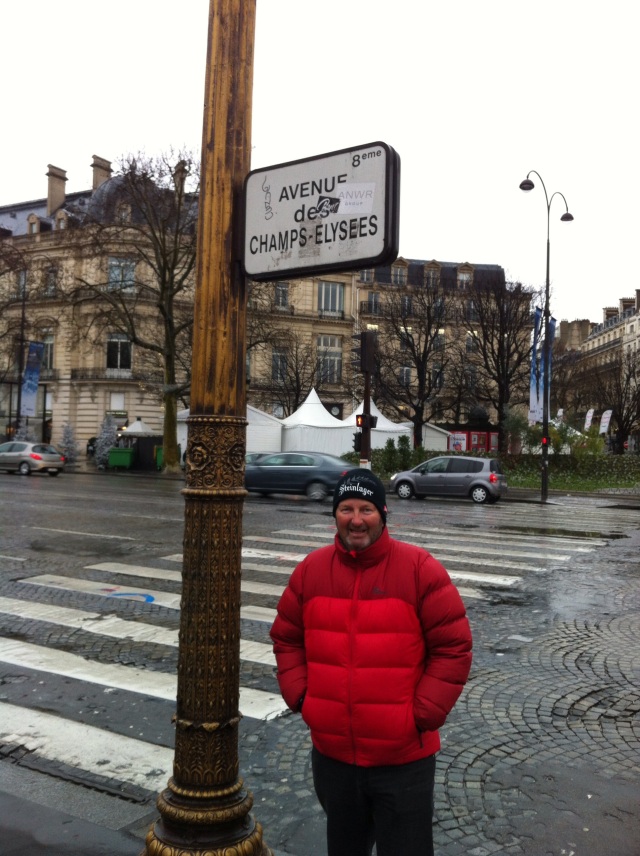 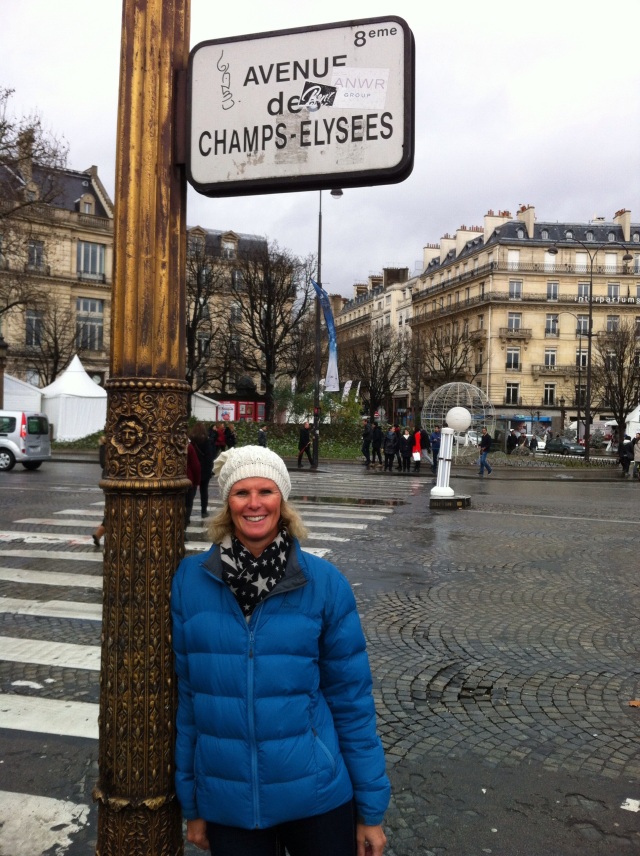 On Sunday we had a lunchtime flight on Malaysian Air to Kuala Lumpur which is another one of our favourite spots. Flight time was thirteen and a half hours. We were on the A380 which is a very comfortable plane to fly on. We never used to think twice about flying but after the aviation disasters of 2014 we both feel rather relieved when we reach our destination in one piece.

We arrived into Kuala Lumpur at 7am Monday morning and caught the KLIA Express into the city – 70km in 28 minutes. They also offer a free porter service which proved quite handy given our luggage had multiplied over the time we were away. We checked into The Majestic Hotel, our home for the next three nights. I headed straight to the pool – time to thaw out after all that snow : )

We spent the next three days swimming, shopping and generally relaxing. On Thursday morning I had set my alarm for 5am so we could get organised and out to the airport for our 9am flight. Unfortunately we both woke up at 2am and couldn’t go back to sleep. We were obviously very excited to be going home : ) 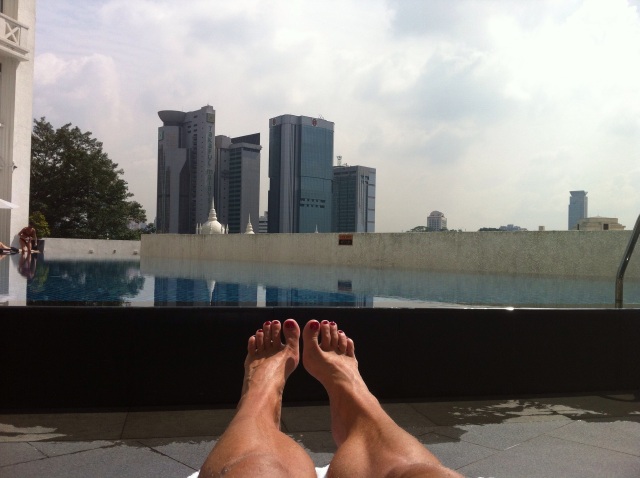 Our flight to Auckland was delayed by about 20 minutes and as soon as the seatbelt sign was switched off we both reclined our seats and went to sleep. We managed to get about seven hours sleep on the ten hour flight home. It was nice to be reunited with Kapiti Ice Cream for dessert.

We arrived into Auckland at 1am on Friday the 9th January. Jim was there to greet us – Rachel D had decided she needed a pit stop so missed our grand entrance. It was nice to see them both and there was a bit of catching up done on the ride back to their place. 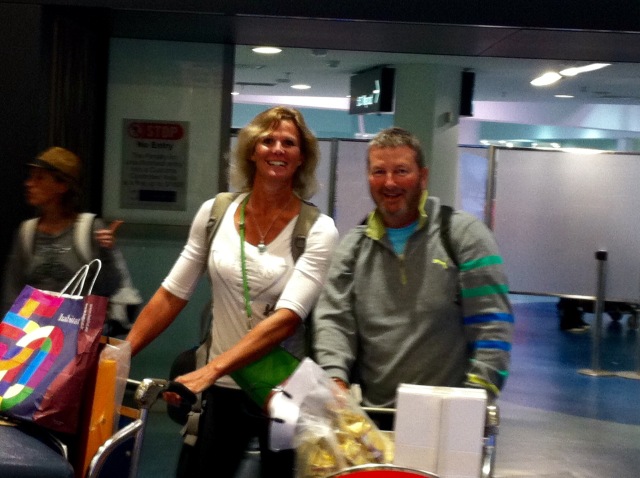 On Friday Rachel & I took a trip to Omaha Bay Vineyard near Matakana to have lunch with Karen and Kaye. We picked Debbie up on the way – it is amazing we were still alive when we got to the Vineyard with all the gassing that was going on depleting the car’s oxygen supplies.

We got back to Rachel & Jim’s about 6pm – just in time for Jim to finish preparing a gourmet meal for us. NZ steak, caramelised onion and blue cheese tart, salad and lemon meringue pie for dessert. What a legend! Nick was back from Iowa so he also joined us for dinner. He gave the Wattle Downs neighbourhood a golfing demo hitting balls into the harbour.

On Saturday morning Steve played golf with his boyfriends – he was so excited to be seeing Henry, Bruce and Owen again. Unfortunately his golf wasn’t quite as exciting – he text me when he was on the 13th hole and said he was playing like an egg.

After golf we started the final leg of our journey – driving to our new house in the Hawkes Bay. The weather was amazing. We called in and saw Sheree, Matthew and the kids in Matamata. We reached Havelock North about 7pm and began the task of first unloading the car and then unpacking the bags. It was a nice feeling knowing that our ‘living out of a suitcase’ days were over – for now anyway!

We traveled 12,076 kilometers by car and even biked 140 kilometers in Bordeaux.

In total we visited 28 different countries.

We lived the dream that’s for sure and the highlight of our trip was the people we met along the way. We reconnected with some old friends – Karin & Elvis and Glen & Jo which was awesome. We also made some new friends – Denise & Gary, David & Audrey, Sheila & Gus, Nicholas & Veronica and enjoyed the company of many more along the way. We have now returned home to our family & friends. The 8 months and 18 days we were away we lived a travelers dream but in fact we are living the dream everyday being surrounded by so many fabulous people.

For those of you who have enjoyed following my blog I am pleased – I have enjoyed writing it and have certainly learnt a lot along the way. I have decided to continue blogging about our upcoming adventures so stand by and watch this space……….

This blog was originally set up to share our 9 month adventure around Europe and the USA with friends and family in 2014. On returning to NZ in January 2015 I decided to carry it on so I could continue to share any future travel adventures - it has become my electronic travel diary. I hope you enjoy and get inspired to visit some of the wonderful places we have visited.
View all posts by SUNGRL →
This entry was posted in Auckland. Bookmark the permalink.

2 Responses to It’s a long way home…… but totally worth it!