Today we took a drive towards Jerez to see the Carthusian horse stud called Yeguada de la Cartuja which translates to Stud of the Charterhouse. The Carthusian horses are an Andalusian breed of horse as they descend from the Andalusia area. They do tours of the facilities and put on a show on Saturdays.

We had been to the Spanish Riding School in Vienna which has ties to this area in the sense that the Lipizzans can be traced back to Spain in the 14th and 15th centuries. The Cartuja stud is so much more relaxed with the public being able to pat the horses and the warms ups being performed in the public courtyard. No one but the horse’s rider is able to touch the Lipizzans at the Spanish Riding School.

Our tour guide Lena took us to see the stallions who are housed in 5 stables with 10 boxes. They have 300 horses on the 250 acre property. The 50 stallions that are in various stages of training are housed in these stables along with 10 mares who are also trained to perform. The rest of the horses roam in the paddocks. 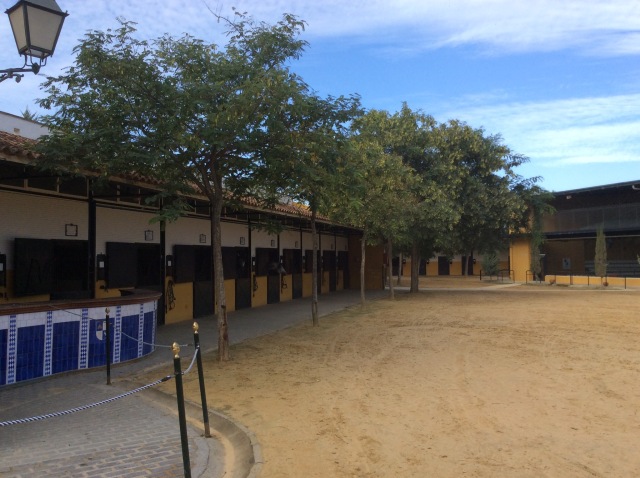 All the breeding is done by artificial insemination and the Stud employs three full time vets. Lena showed us the breeding facilities as well as the surgery. The foals are all kept together until they are about six months old – they then gradually separate the stallions and the mares and by the time they are one they live separately. They are assessed for about three years to see if they will be used for breeding and what sort of performing. The horses that are surplus to requirements are sold off to assist with breeding programs in other parts of the world. 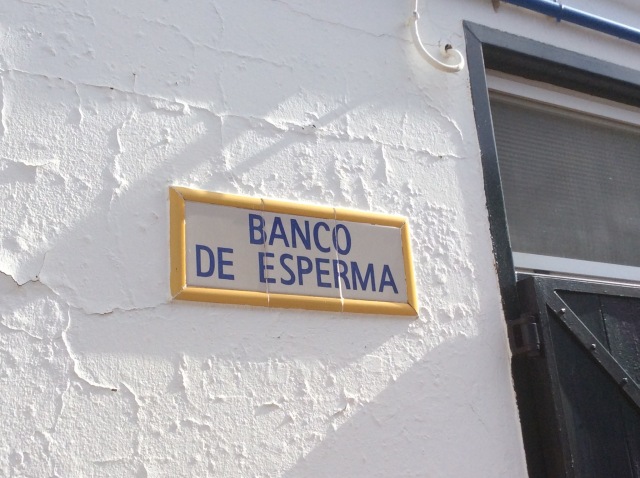 All the foals are born a brown colour and it can take up to ten years for them to go white. There is the odd brown or chestnut horse but no black ones. This is because they were all killed centuries ago and it will take a long time to recreate the gene that produces a black Carthusian horse.

After the tour we went to the arena to watch the show. They brought in a line of mares who are roped together and they move around behind the master on the lead horse, turning this way and that in formation.

They then bought in a stallion who ran wild and free around the arena – we were in the front row and it is quite amazing to see them running past you so closely. 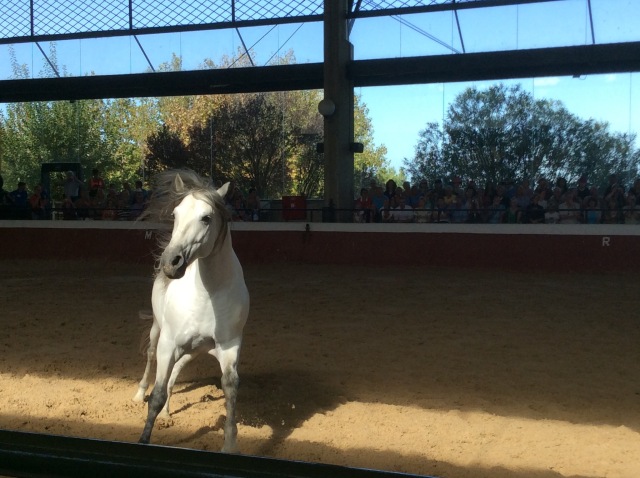 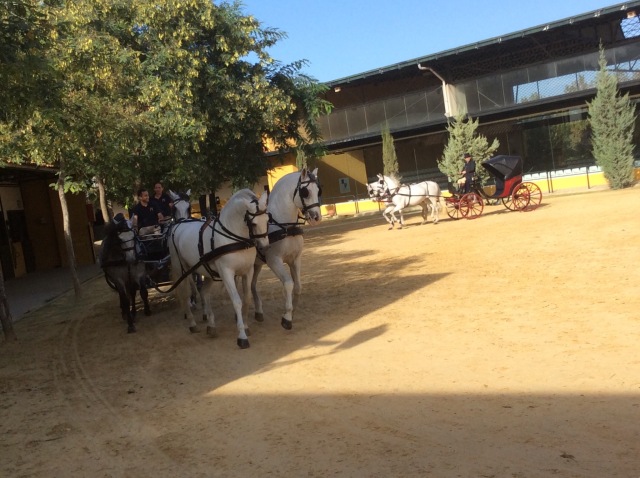 They then bought in the dancing horses as such, two horses who move around the arena changing the way they use their legs in a dancelike fashion – it really is quite amazing to watch how graceful they are.

At the end they bought in the foals who jumped around the arena like lunatics. They then let their mothers in who they are separated from now but straight away each foal found it’s mother and started suckling. It was then the mother’s turn to go loopy – quite a few of them got down on their backs and rolled around in the sand.

From ancient times, the horse has played an important role in our culture, a fact which has been demonstrated through numerous pictorial testimonies. In the Iberian Peninsula in particular, it is known that horses already formed part of the everyday life activities in the earliest civilisations.

The origins of the influence of the horse and, in particular the Andalusian horse, within our culture coincides with the flourishing of the first large civilisations in the Peninsula. The Carthaginians incorporated large numbers of horses into their armies due to their strength and endurance. Later, the ancient Romans were capable of appreciating the bravery of the Andalusian horse and used this breed to its full potential both as a means of transportation in civilian life, as well as in the frequent violent conflicts, as a sign of distinction reserved for kings and emperors.

The Arabs organised their armies to include a light cavalry, which was almost exclusively formed by Andalusian horses. This light cavalry was important in the Arab expansion in Spain. From their first contact with the breed, the invaders admired the virtues of the Andalusian horse and their great triumph lay in conserving and strengthening the characteristics or the Spanish race itself. This led to the creation of several important breeding centres and horses were even sent as gifts to Constantinople, Baghdad and other major cities throughout the Islamic Empire.

From its foundation towards the end of the XV century, the Monastery of La Cartuja has been converted into the cornerstone of the Jerezano thoroughbred horses. For three centuries, which coincided with the centuries of greatest splendour of the kingdom of Spain, the Carthusian monks established a breeding stock which, through time, would be converted into one of the most celebrated and appreciated stocks in the world.

The true origins of this stud farm are unknown, although one popular anecdote has it that when tenant of the Carthusian monastery, Don Pedro Picado, was unable to pay his ground rent to the monks, he decided to pay them in kind by offering them his mares and colts

For over five centuries the monks have played an important role with the Carthusian horse and the land on which the stud stands today. They were defeated a couple of times but were then reinstated. The stud and the land have changed hands many times over the last century and combined with a vineyard. In 1983 the State Heritage department (Patrimonio del Estado) took charge of these assets, and in 1985 the livestock was separated from the other assets belonging to the vineyard. In 1990, the State Heritage department incorporated the stud farm into the public sector company EXPASA Agricultura y Ganadería, S. A., which was given the responsibility of maintaining and improving this unique genetic heritage.

In March 1998, the Carthusian monks ceded to EXPASA, for use in the Stud, the original branding iron in the form of a bell, with which the horses were branded in the XV century. With this act the branding irons which have distinguished the stud since its creation were brought together, that of the Yeguada de la Cartuja – Hierro del Bocado.

The Yeguada de la Cartuja – Hierro del Bocado, is in the present day, the most important reserve of Carthusian horses in the world, with over 200 horses grazing in freedom in the grasslands of the Finca Fuente del Suero Estate. 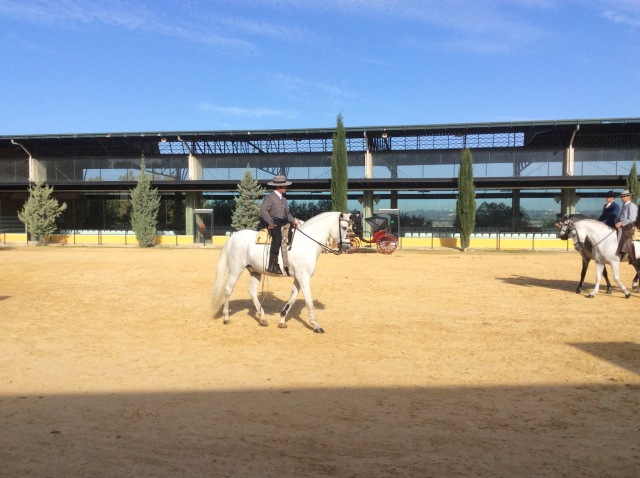 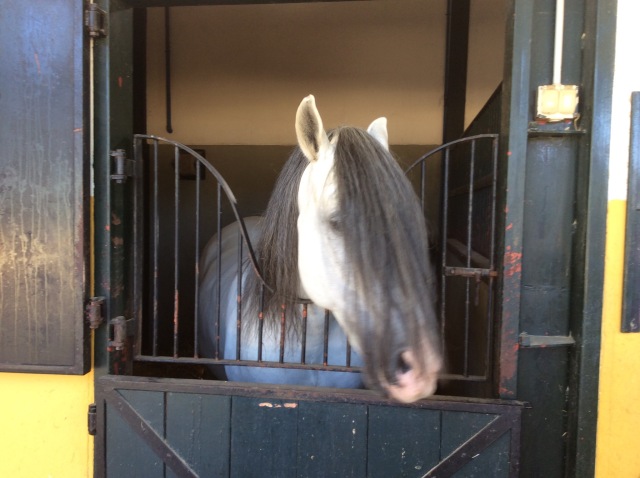 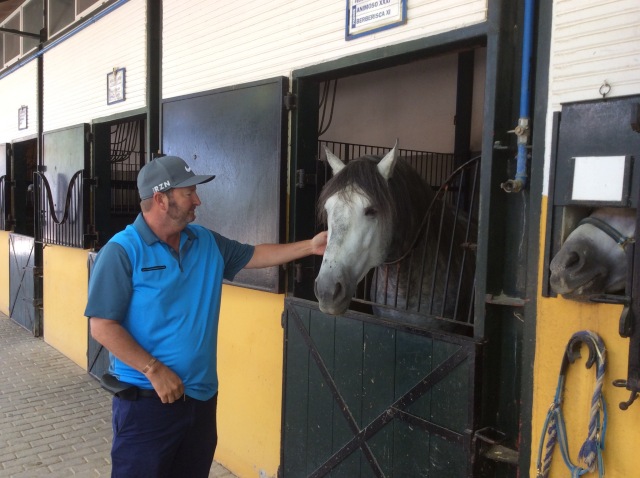