Shy pink flamingoes, gentle sad-eyed donkeys and elusive sea horses all share something quite rare in today’s world. They flourish on or around Bonaire, one of the ABC isles (Aruba, Bonaire and Curacao) deep in the Southern Caribbean. Each lives in sanctuaries set up by island residents who boast an awareness and level of conservation that few countries can match.

Though ecotourism is one of the latest buzzwords in the travel world, Bonaire, just 50 miles off the coast of Venezuela, was a world leader in the field of ecology long before the term was even coined. The isle’s greatest claim to fame is proudly touted on its license plates — “Diver’s Paradise.” This is no tourist-bureau puffery, although many believe that the license plates should read “Nature Lovers’ Paradise.” Beyond the diving and snorkeling, there’s windsurfing, kayaking, bird watching, kite boarding, fishing, mountain biking and horseback riding.

Many Caribbean islands brag about their underwater worlds, but Bonaire has set the standard by which everywhere else in the world is measured — it led the way by protecting sea turtles back in 1961, banning spear-fishing in 1971, making it illegal to remove live coral in 1975 and establishing the first marine park in 1979. It also helps that the island is outside the traditional hurricane zone and is a desert island with no river runoff into the sea.

It has been called “Arizona by the Sea” for its climate and abundance of cacti. There is no rainy season and temperatures are consistently pleasant with lows in the 20s and highs in the 30’s. Unlike its better-known neighbors, Aruba and Curacao, this isle of 20,000 residents is quiet and laid-back. There are no flashy Las Vegas-type casinos as in Aruba or a showy pastel-colored capital city as in Curacao.

The first recorded Bonaire scuba diving began back in 1962 when Don Stewart, a would-be California actor, dropped anchor on this small, arid boomerang of an island. Considered the father of Bonaire diving, he was the first to use fixed moorings to prevent coral damage and helped set up the Caribbean’s first island-wide underwater park. He has received numerous international awards for his conservation efforts. The park is a United Nations Environmental Program Model Marine Protected Area.

“By the mid 70’s I developed the belief that divers are entitled to unrestricted use of the world’s seas for pleasure, knowledge and economic advantage, but must leave no mark,” Stewart said. “I like to think of Bonaire as the universal center of reef ecology. We’re like Greenwich, England: small and unknown, but everyone is setting their watches by us.”

Given the above accolades we decided we needed to get out and about on the island to see this nature first hand. We took a cycle tour to Lake Goto. Our guide Jason met us at the pier and we drove out of town and got on our bikes. We biked alongside the coast line which was stunning – the water is so clear. Along the way we saw some brightly painted yellow stones with names on them – these apparently represent dive sites which are just off the shore – the majority of the dive sites surrounding Bonaire can be reached from the shore – no boat required.

It was very warm and humid but thankfully there was a breeze. We had a few stops along the way and Jason talked about the surroundings. Aloe Vera used to be grown and produced on the island but this has since been abandoned. Jason peeled some aloe vera for us to try – it is so bitter! He said there are three uses for aloe – the first is having a plant outside your front door to ensure a happy and healthy life, the second is the various medicinal uses and the third is mixing it with limestone to create a cement like paste that is used in the building trade. The yellow coloured houses we saw around the island are a result of this process.

At the end of the island we could see these large storage tanks – these are used to transfer various things from larger ships to smaller ships heading to Venezuela. Bonaire has a naturally deep port whereas Venezuela doesn’t. It is also used for ships that are not welcome in Venezuela – the products are transferred to ships bearing flags that are welcome in Venezuela.

We then headed inland to Lake Goto. Jason had us do an exercise on the edge of one part of the lake – he split us into girls and boys and we had to come up with a word about the opposite sex that we disliked. Crikey – one word! We then had to shout this word at the top of our lungs to hear the echo across the lake. The girls came up with snore while the boys came up with strip – go figure? Anyway, legend has it that this was the way the Indians used to communicate with each other across the lake in conjunction with smoke signals.

We then went around the lake to see if we could spot the pink flamingos and wallah there they were. Unfortunately they were a little way off shore but when the sun was on them you could see the lovely pink colour. This pink colour is a result of their diet of brine shrimp. Apparently in the mating season the numbers get to 15,000. Jason said there are currently about 200 on the lake. They are highly social birds among their own species but are skittish around humans.

With a comfortably dry climate and steady trade winds, Bonaire has long been recognised as and ideal locale for the production of salt. For over three centuries, the island’s culture and prosperity was dependant upon this most important of the world’s spices. Salt is still produced on Bonaire, although the stunning salt beds of Pekelmeer are also home to one of the hemisphere’s great populations of flamingoes.

We then carried onto a little settlement called Rincon where they had a cactus distillery. After my experience with the aloe vera I wasn’t too keen on cactus liqueur so I settled for a rum ball – yum!

It was then back on the bus to return to the ship. Along the way we saw donkeys and goats. Apparently the goats are owned by various farmers who let them out during the day – they then roam freely grazing where they can and return home in the evening on their own accord. Well most of them do says Jason. We really enjoyed our day out on the bikes exploring Bonaire and learning about all sorts of things. We also learnt that we definitely need to work on our bike fitness when we get home, especially given we have three bike trips on the horizon when we return to Aotearoa : )

We then enjoyed a stroll through Kralendijk (pronounced Crawl-en-dike) which is the capital of Bonaire. 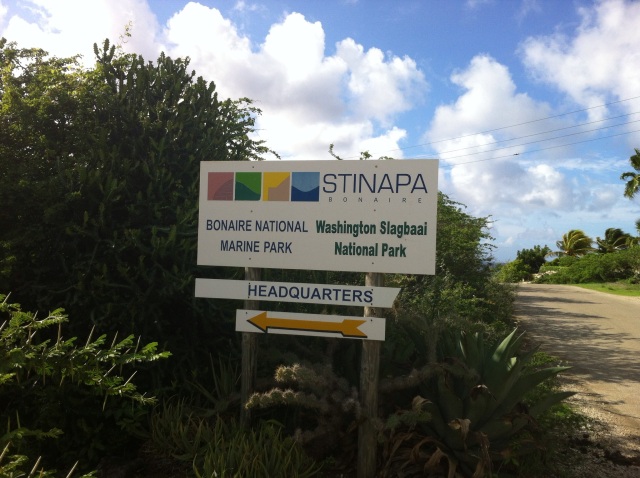 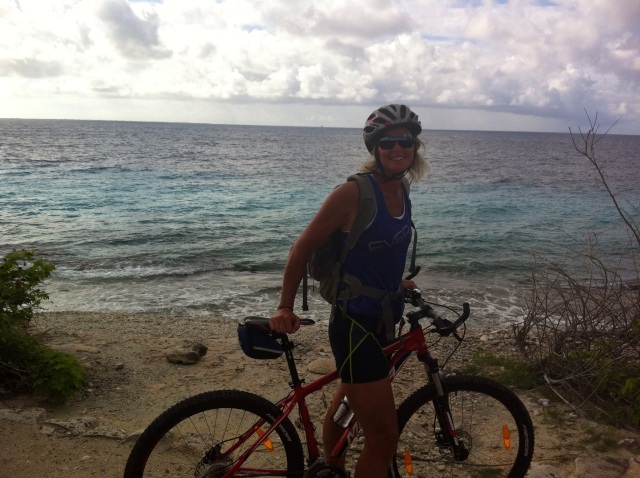 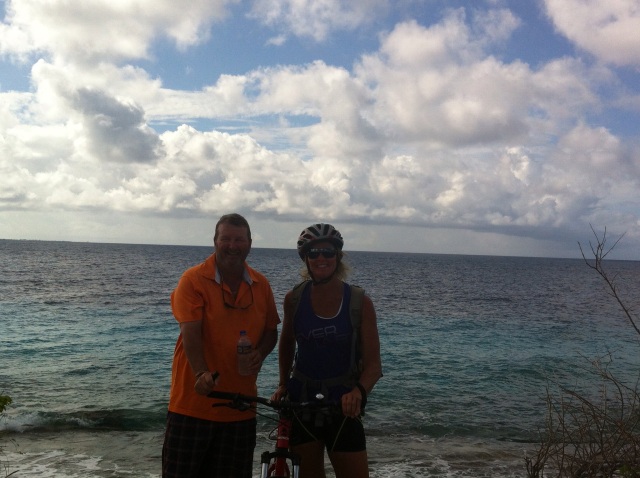 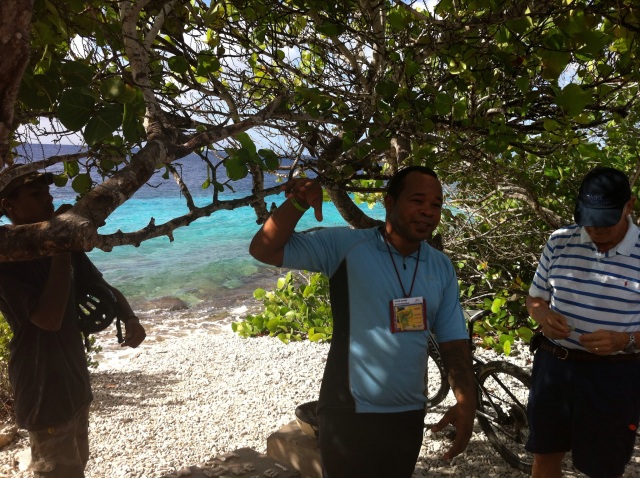 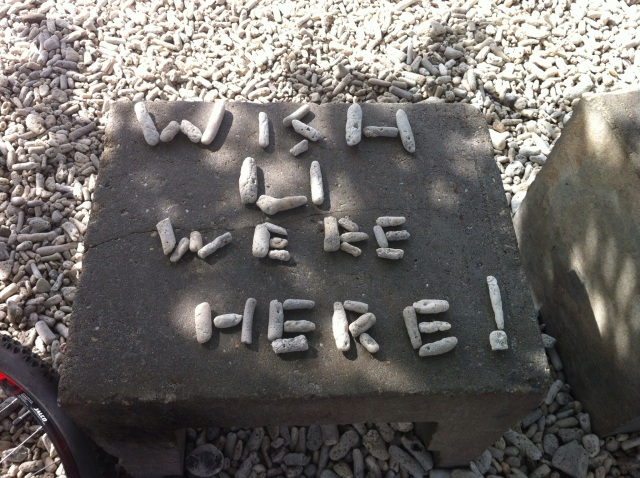 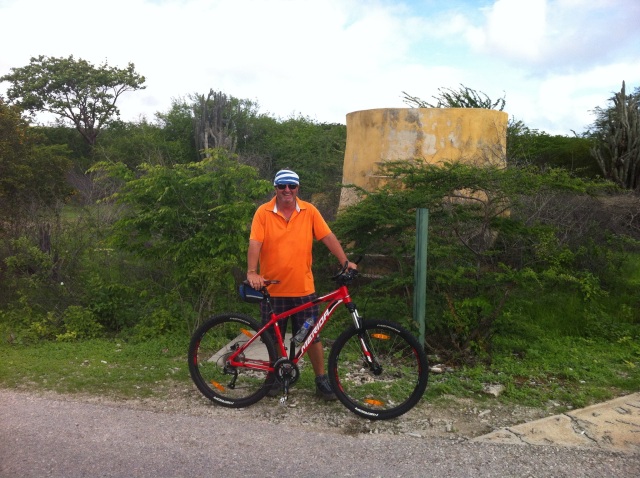 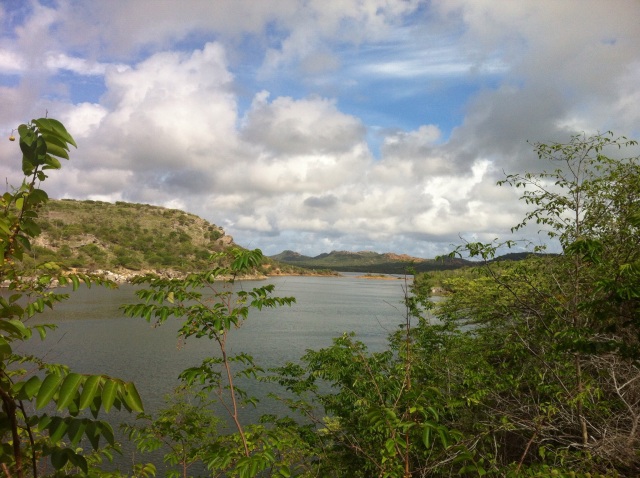 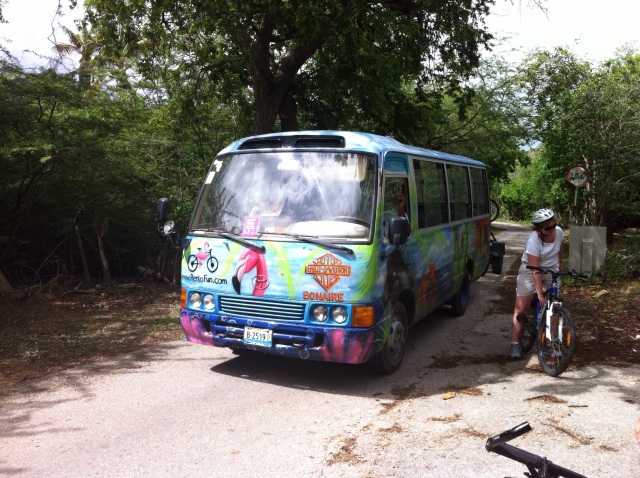 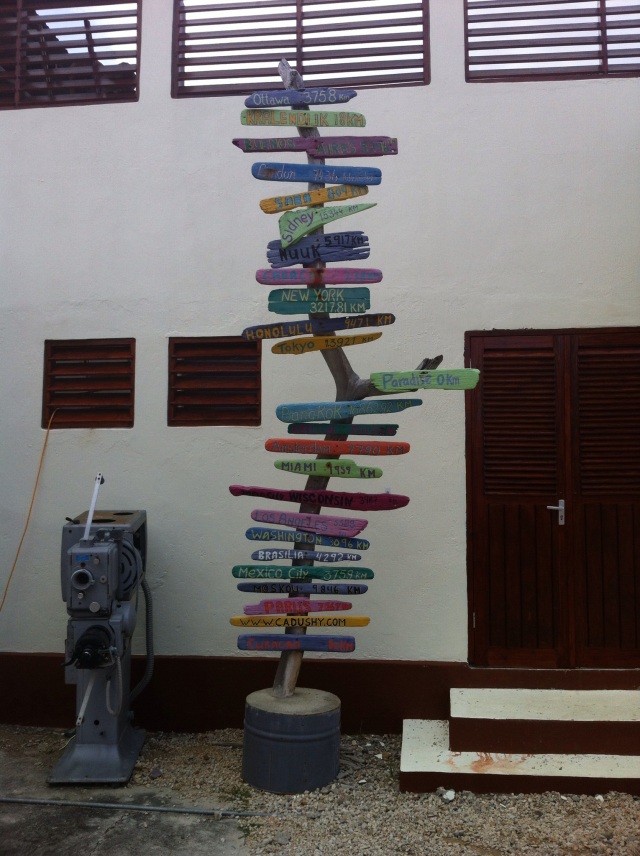 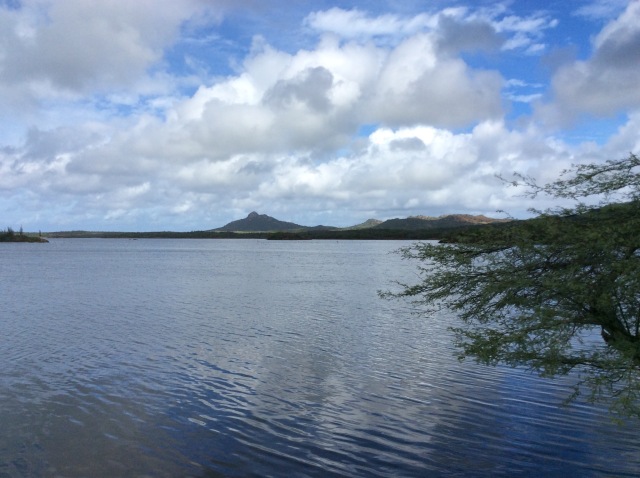 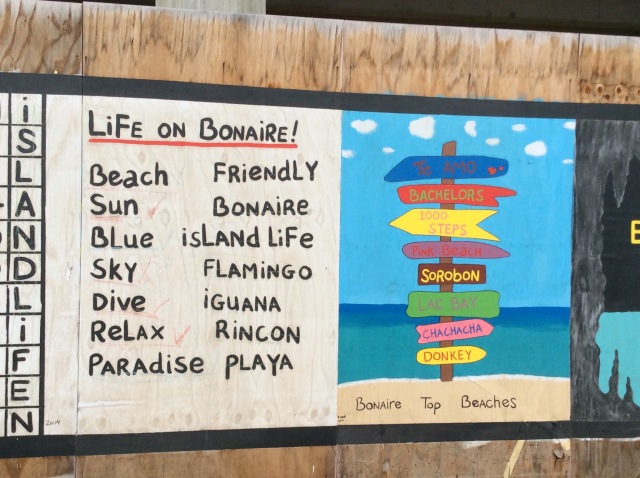 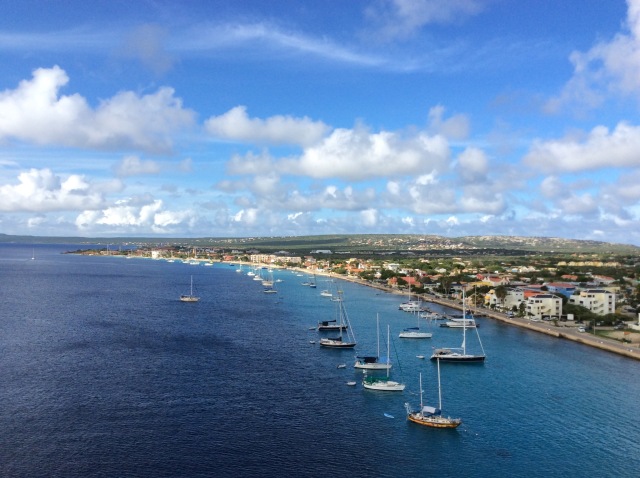