We have spent the last three days in Billings playing golf, shopping and a little bit of sight seeing.  There is no Sales Tax (GST) in Montana so a little bit of retail therapy was had : 0

When the Northern Pacific Railroad set its sights on southeastern Montana in the late 1870’s, the small town of Coulson saw opportunity.  It’s residents raised land prices significantly and Northern Pacific chose to establish it’s own town rather than pay the outrageous prices.  Thus, in March 1882, the “Magic City” was born.  Seemingly overnight, like magic, Billings was established and became one of the most vibrant towns in the west.

One of Billings’ most significant industries is oil refining with three plants surrounding the city.  These three refineries produce about 180,000 barrels of oil a day from oil operations in Montana, Wyoming and primarily Canada.  That oil is then distributed to nine western states.

Agriculture is Montana’s number one industry, hence it plays a vital role in Billings economy.  A diverse climate and fertile soil help Montana farmers and ranchers produce a wide variety of high quality food products.  While wheat and beef are the two largest commodities, many other products contribute to the state’s agriculture, including corn, barley, sugar beets and cattle.

Sugar beets are second only to sugar cane as a source for sugar.  This is one of Billings most lucrative industries, the sugar beet thrives here.  Farmers all over the region grow the crop and sell it to the Western Sugar Cooperative Plant – one of the nation’s largest sugar cooperatives with a local processing plant processing a multi-million dollar crop of sugar beets each year.

We didn’t get a lot of time to do much sightseeing here but I did borrow a bike and go for a ride along the Yellowstone River.  The Visitor Information Centre has bikes you can borrow for free – you just need to leave your credit card number as security.

The Yellowstone River is a tributary of the Missouri River, approximately 692 miles (1,114 km) long, in the western United States. Considered the principal tributary of the upper Missouri, the river and its tributaries drain a wide area stretching from the Rocky Mountains in the vicinity of the Yellowstone National Park across the mountains and high plains of southern Montana and northern Wyoming.  In Montana the river has been used extensively for irrigation since the 1860s. In its upper reaches, within Yellowstone Park and the mountains of Montana, it is a popular destination for fly fishing.

It was really hot but the breeze I generated as I whizzed along kept me cooler.  I spotted the Rimrocks, known as the “Rims” by the locals which are geological rimrock sandstone formations that outcrop in sections of Billings.

I also spotted these little white paws spray painted on one side of the bike path and a large paw spray painted on the other side – it certainly made me be aware of my surroundings.  The bike paths were actually concrete with a yellow line down the middle – I made sure I applied the left hand drive rules : ) 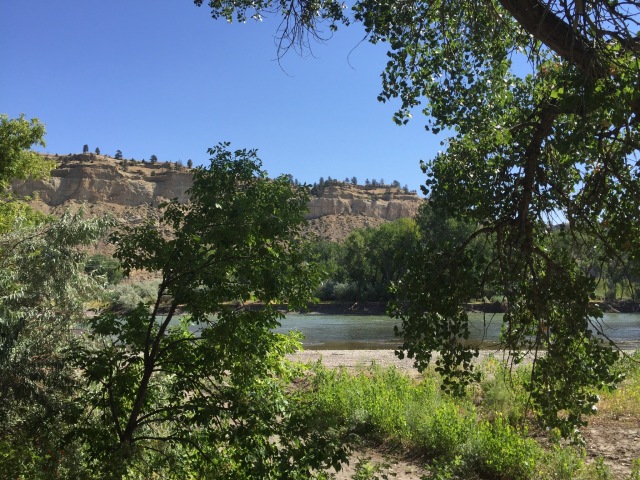 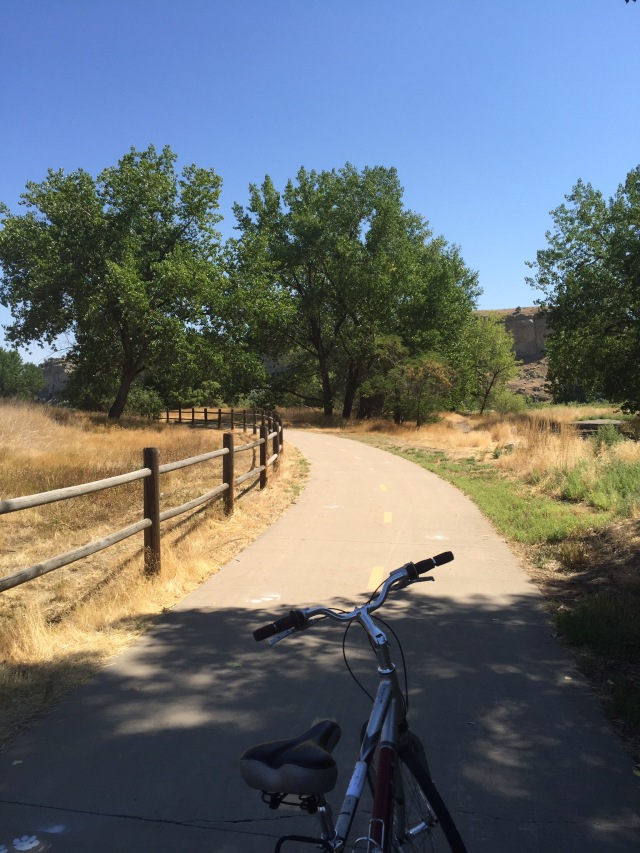 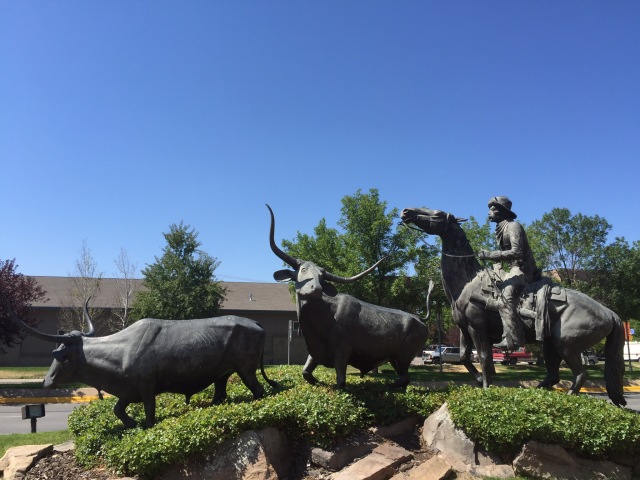 The Montana Centennial Cattle Drive Bronze is dedicated to every child who dreamed of being a cowboy… Every cowboy who dreamed of clear water and rolling prairies… Every traveller who gazed at Montana’s mountains and knew they were home… And all the Montanans who hold the dream of our precious heritage in their hearts.