We left Galway this morning and headed to Doonbeg Golf Club which is out on the coast in County Clare. The weather was overcast and as we got closer to the coast it started to blow and we had a bit of rain. It was spitting as we got our golf clubs ready but I had a word with the weather gods and told them if they knew what was good for them they would stop that behaviour immediately!

Standing up on the first tee is pretty WOW. Out to your left you have the Atlantic Ocean and the first hole is a long par 5 that is framed by hills on both sides – it looks like a sports stadium. It was still pretty windy as we teed off but when you got down into the stadium you were quite sheltered. The next few holes were quite daunting as you couldn’t really see where you were supposed to be hitting. Needless to say the ball stocks were being depleted rather quickly and not by me I might add : )

The first nine holes go out along the coast and the second come back inland. We were just teeing off on the third when this woman walked towards us heading for the 16th. I thought ‘she looks familiar’ but thought no it can’t be. We said hello and she asked if she was going in the right direction for the next hole, all the while we were all looking at each other thinking we were familiar. It turns out it was our Canadian friend Trish who we know through an ex Manukau Golf Club member that Steve met at the World Junior’s in San Diego. Her and James run golf tours all around the world so she was out checking out the lodge and course. It turns out James is also in Ireland with a tour group playing all the great golf courses Ireland has to offer. What a coincidence – if we had been 5 minutes earlier or later we would have missed seeing each other. It was great to see her and catch up on the news.

We carried on our merry way – well actually not so merry as the weather wasn’t playing ball and the ball stocks were still being depleted! My talking to the weather gods was answered about the 8th hole and the sun came out to play. It was still quite windy though – I think that is just a natural state for this coast. The golf on the back nine was much improved with Steve having a couple of birdies and managing to keep his ball stocks in check. I only lost one ball all day : )

It is a stunning course and one that would be good to play again so you knew where you were going. The course was designed by Greg Norman and opened in 2002. The geography was hardly changed as the course was fitted into the natural environment.

Apparently there was a big storm in January this year and the area was badly damaged. The course and lodge went into liquidation and in February 2014 they were bought by Donald Trump for an estimated €15m. The Lodge at Doonbeg, which consists of 218 hotel suites, an expansive spa and several restaurants will be managed by the Trump Hotel Collection.

After golf we caught up with Trish again in the carpark before heading to Cork – our home for the next three days. It took about 2.5 hours to get here and as we drove through the city I thought I am going to like this place. It has a completely different look to Galway. We are staying at The River Lee Hotel which is really nice. 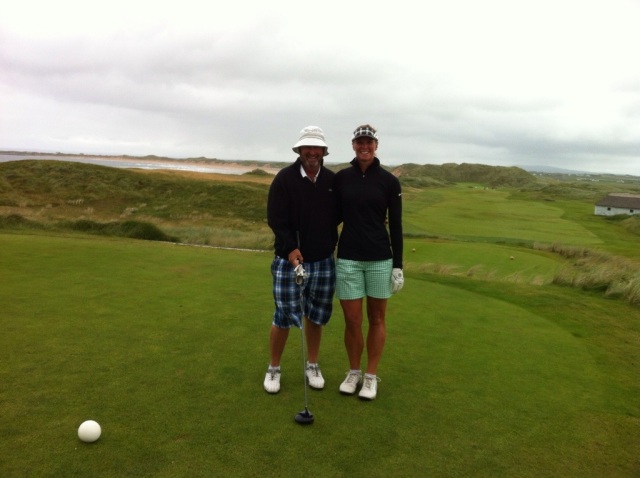 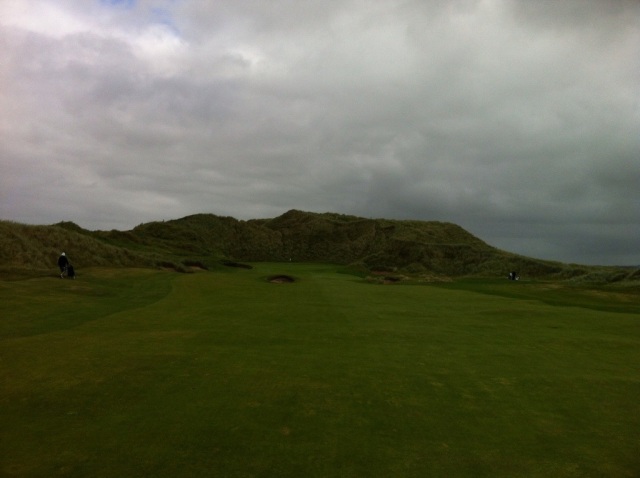 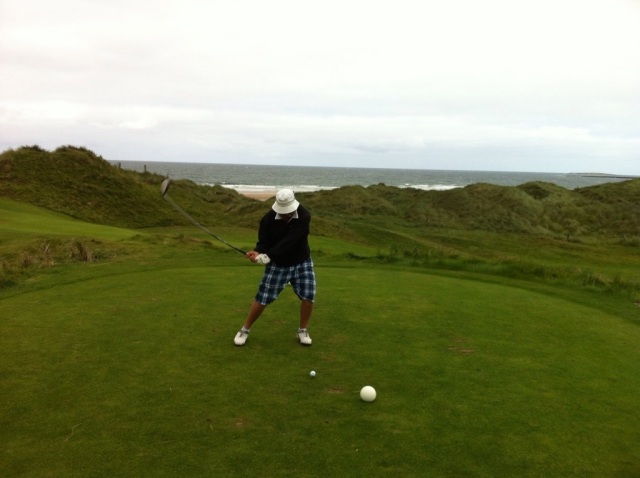 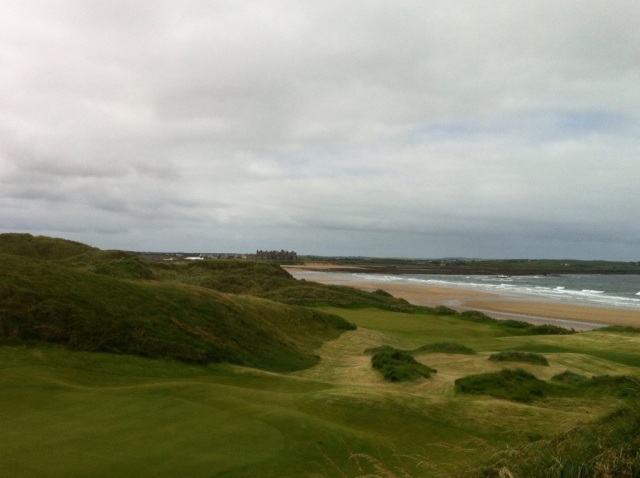 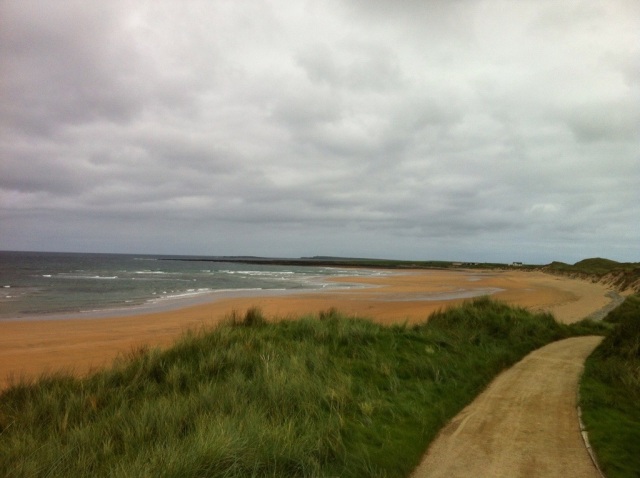 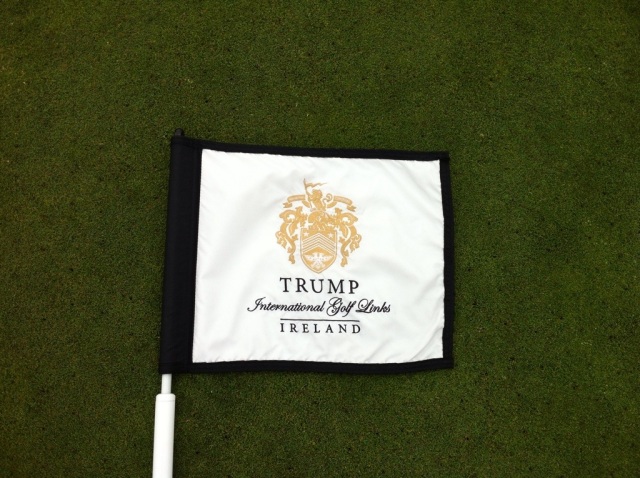 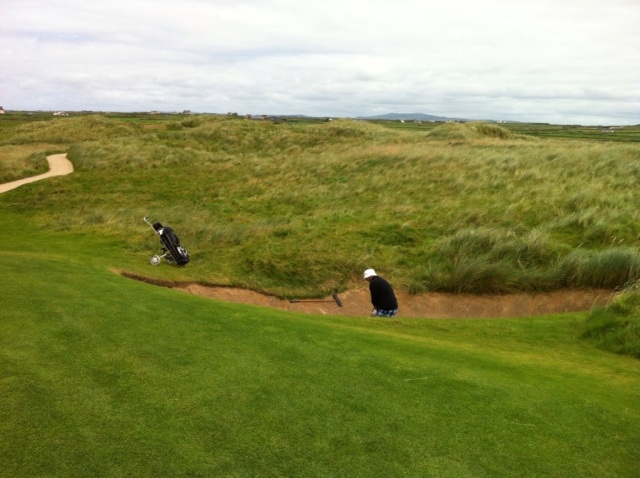 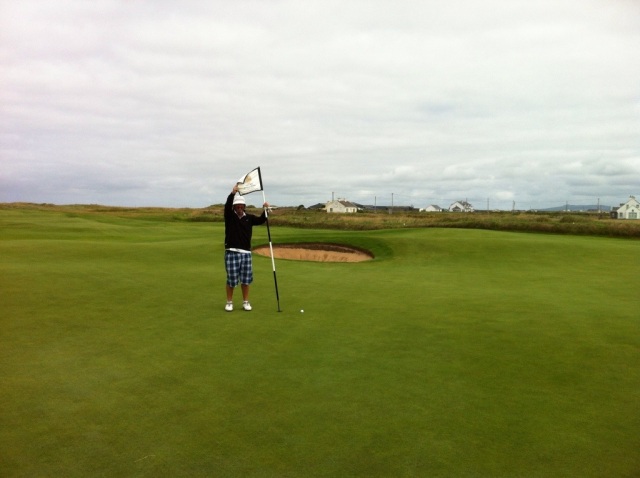 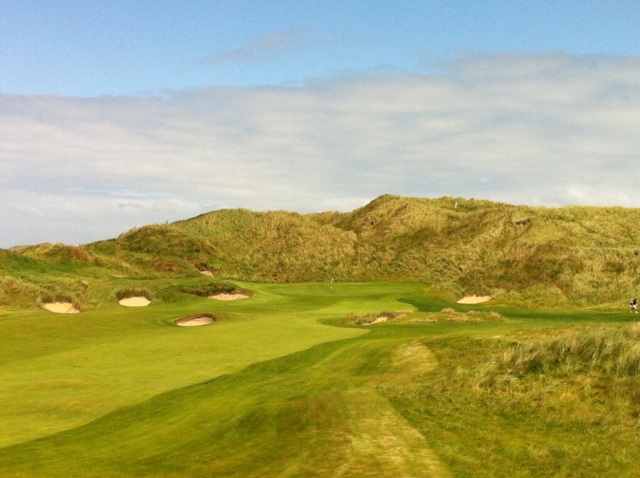 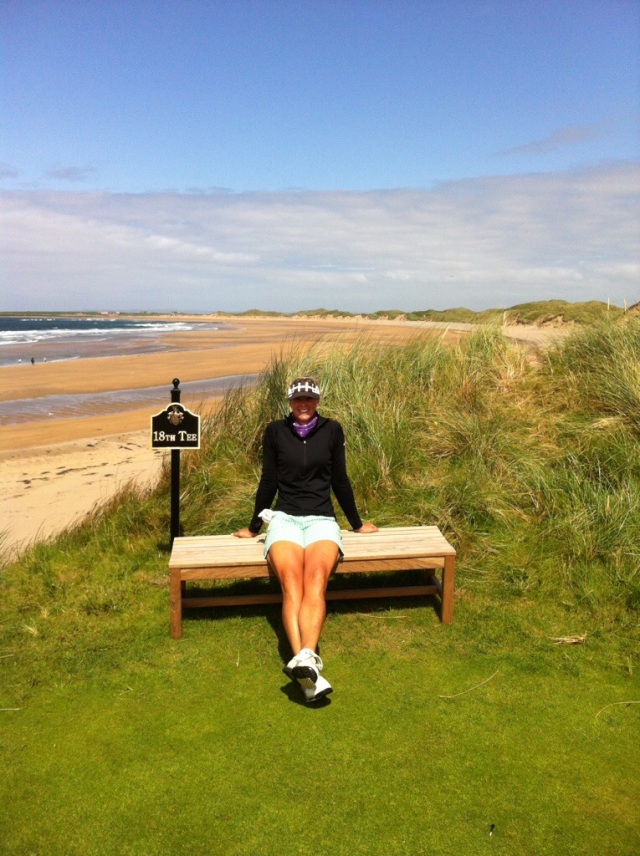 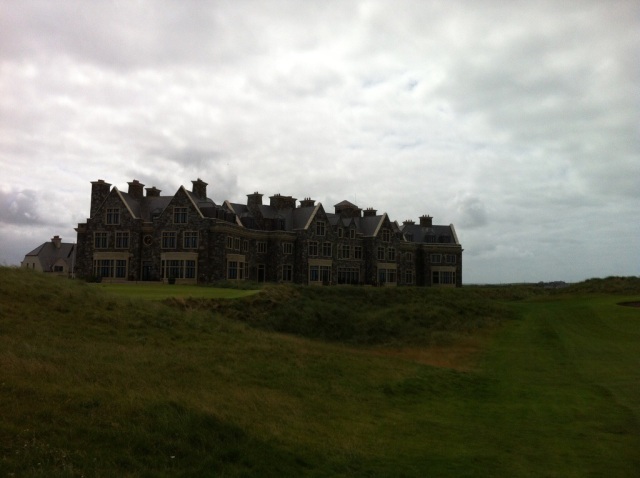 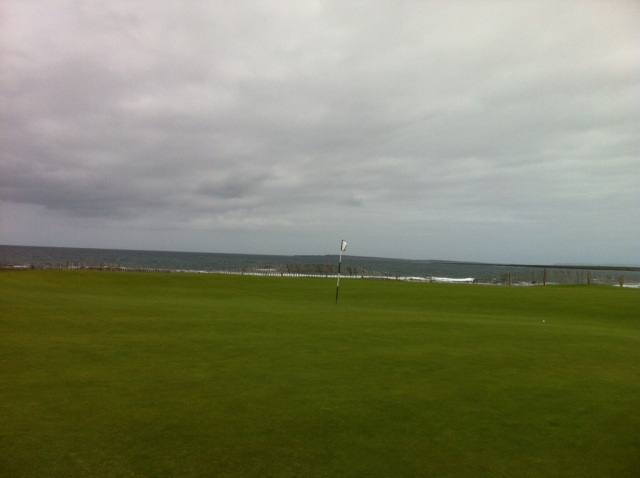