We arrived into Barcelona at 10.48pm last night by train from Paris. It took six and a half hours on the high speed train – a very comfortable and relaxing way to travel. We took a taxi to our accommodation which is a two bedroom apartment in the El Born neighbourhood. We had been in communication with our host Alejandro and were going to meet him outside the property between 11pm and midnight. It is always a bit unnerving standing in the middle of the street at 11.30pm wondering A. are you in the right place; and B. will he turn up?

Being the glass half full type of person I had faith that it would all work out and wallah Alejandro appeared. He opened this skinny metal door and we looked up to see this very narrow staircase – no lift here so we had to carry our suitcases up to the third floor. Carol was concerned her Steve was going to have a heart attack but we all made it with no serious injuries.

The Cathedral of the Holy Cross and Saint Eulalia also known as Barcelona Cathedral, is the Gothic cathedral and seat of the Archbishop of Barcelona, Spain. The cathedral was constructed from the 13th to 15th centuries, with the principal work done in the 14th century. The cathedral is dedicated to Eulalia of Barcelona, co-patron saint of Barcelona, a young virgin who, according to Catholic tradition, suffered martyrdom during Roman times in the city. One story says that she was exposed naked in the public square and a miraculous snowfall in mid-spring covered her nudity. The enraged Romans put her into a barrel with knives stuck into it and rolled it down a street (according to tradition, the one now called Baixada de Santa Eulàlia). The body of Saint Eulalia is entombed in the cathedral’s crypt.

The Port of Barcelona has a 2000-year history and great contemporary commercial importance. It is Catalonia’s largest port, vying with Tarragona, and Spain’s third and Europe’s ninth largest container port, with a trade volume of 2.57 million TEU’s in 2008. It is also one of the most important ports in the Mediterranean.

It is a huge area and we could see the cruise ships in the distance – we’ll be heading there tomorrow : ) We explored the Port Vell area which comprises two marinas or yacht harbors, a fishing port, a maritime station for ferries travelling to the Balearic Islands and other destinations in the Mediterranean and other stations or landing areas for cruise ships, and it abuts the industrial port.

In the central area, it also houses “Maremagnum” (a shopping mall and nightlife complex), a multiplex cinema, the IMAX Port Vell (large-format cinema complex) and Europe’s largest aquarium, containing 8,000 fish and 11 sharks in 22 basins filled with 6 million litres of sea water. Because it is located in a designated tourist zone, the Maremagnum is the only commercial mall in the city that can open on Sundays and public holidays. Next to the Maremagnum area are the “Golondrines”, small ships that take tourists for a visit around the port area and beyond.

We then headed up the La Rambla which is a street in central Barcelona, popular with tourists and locals alike. A tree-lined pedestrian mall, it stretches for 1.2 kilometres connecting Plaça de Catalunya in the centre with the Christopher Columbus Monument at Port Vell. La Rambla can be considered a series of shorter streets, each differently named, hence the plural form Les Ramblas which is often used instead of La Rambla. We had lunch on one of the street side cafes serving paella, beer and sangria – yum! We also had some pictures taken with some of the very cool human statues on the street.

Barcelona also has an Arc de Triomf which is an arch in the manner of a memorial or triumphal arch. It was built as the main access gate for the 1888 Barcelona World Fair by architect Josep Vilaseca i Casanovas.

Steve had read an article in the travel section of the NZ Herald online a couple of days ago and this travel writer said one of his favourite places to eat in the world was La Isabela in Barcelona. It is a roof top terrace tapas bar on the top of Hotel 1898. It was lovely up there and the food was delicious. The blackberry mojito I had wasn’t bad too! The view over Barcelona city was also worth it – a very relaxing evening had by all. 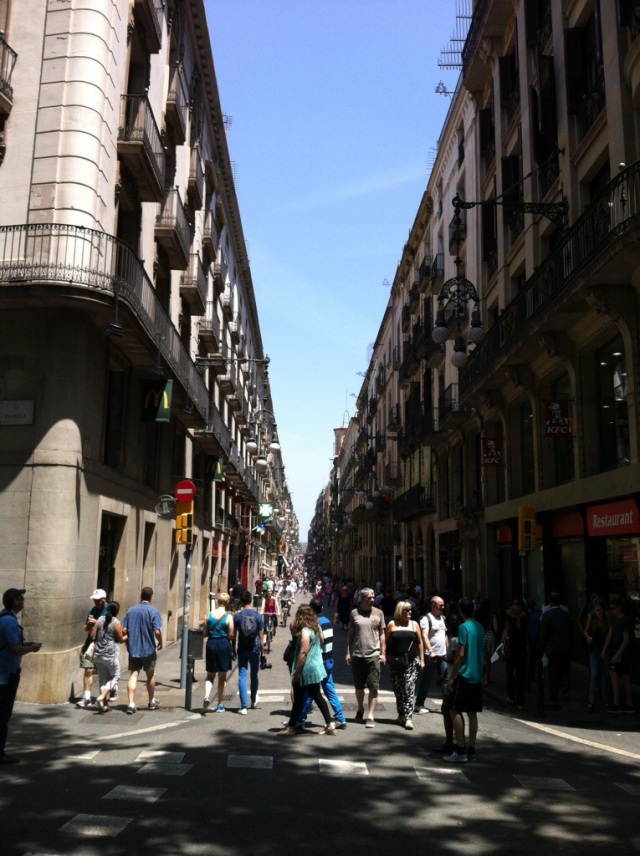 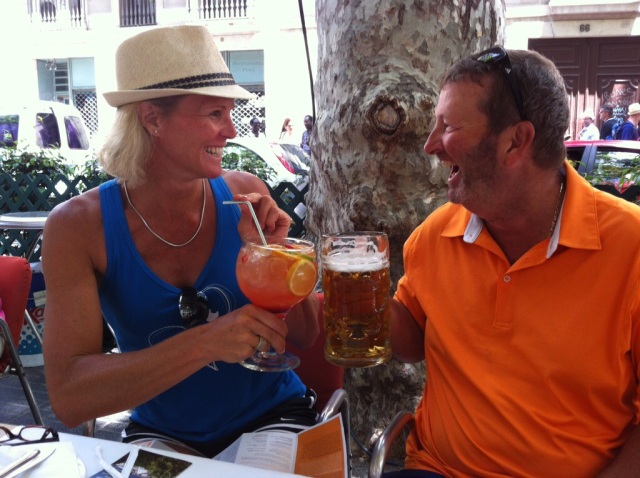 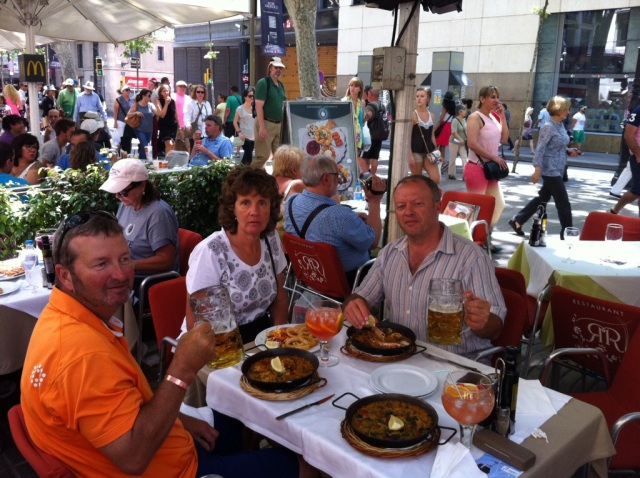 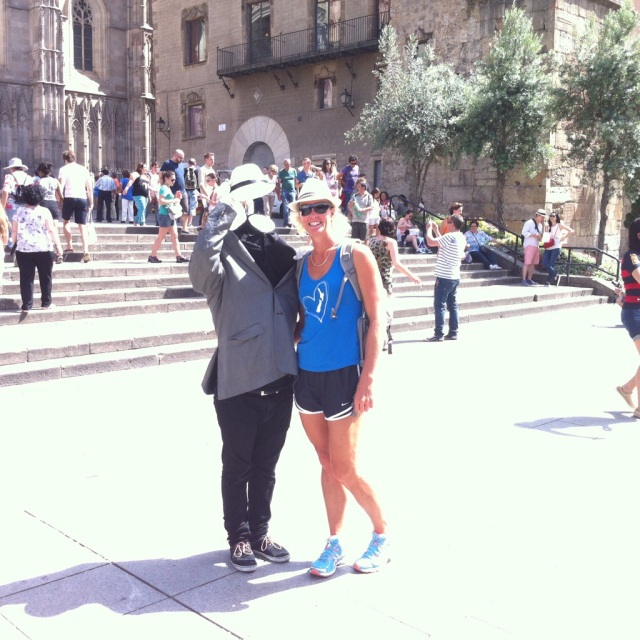 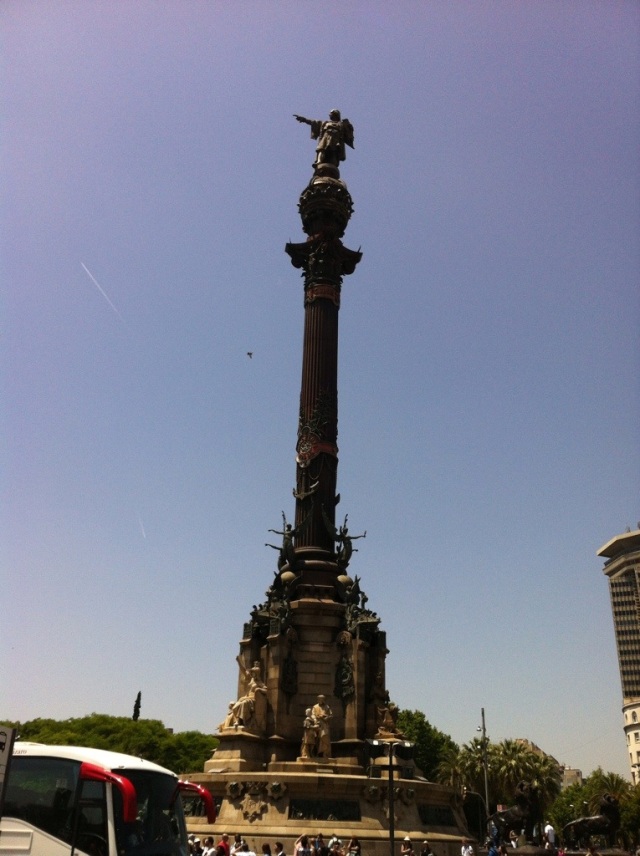 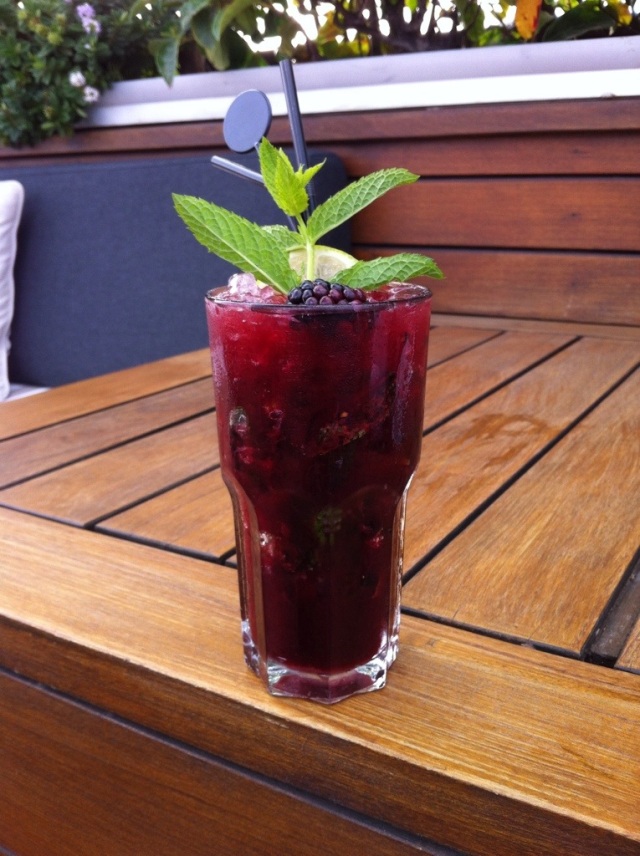 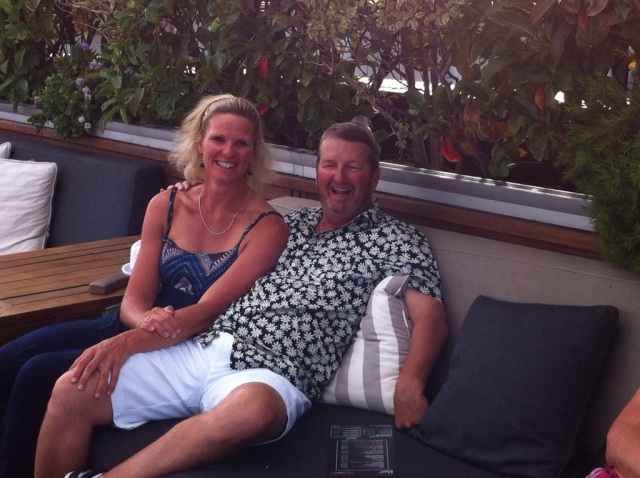