Bordeaux is a lovely city. It has a population of about 240,000 in the city and about 1.2 million in the metropolitan area. Bordeaux is the world’s major wine industry capital. It is home to the world’s main wine fair, Vinexpo while the wine economy in the metro area takes in 14.5 billion euros each year. Bordeaux wine has been produced in the region since the 8th century. The historic part of the city is on the UNESCO World Heritage List as “an outstanding urban and architectural ensemble” of the 18th century.

The vine was introduced to the Bordeaux region by the Romans, probably in the mid-1st century, to provide wine for local consumption, and wine production has been continuous in the region since then.

Bordeaux now has about 116,160 hectares (287,000 acres) of vineyards, 57 appellations, 10,000 wine-producing châteaux and 13,000 grape growers. With an annual production of approximately 960 million bottles, Bordeaux produces large quantities of everyday wine as well as some of the most expensive wines in the world.

We headed out along the Garrone River and crossed over to the other side – the cycle path ran alongside the road so we felt very safe as we exited the city. After a few kilometres we were on the Roger Lapebie Cycle Way. Roger Lapebie was a French racing cyclists who won the Tour de France in 1937 – he was from the Aquitaine area of which Bordeaux is the capital. His victory was controversial as he was the first rider to complete the race using a modern derailleur. This gave him the advantage of shifting gears without having to stop, dismount and flip the wheel as was customary of racing bicycles used at the time. Following Lapébie’s victory derailleurs became standard racing equipment in the Tour peloton.

The track is amazing – it is fully asphalted and so smooth. The track even has it’s own traffic islands & traffic signs as it crosses the roads. The track is surrounded by trees and vegetation with a few properties nestled amongst them. The properties never seem occupied to me – they look like they have been left to rack & ruin but they are inhabited. The houses are built from neutral stone with shuttered windows and they never look like anyone is in them.

We took a recommended detour at La Sauve to see the 12th century Abbey. While riding up the small incline my chain jockey broke and was catching my spokes. I couldn’t ride the bike like that so had to text Graham from Bordeaux Cycle Tours to bring a replacement bike. By the time he got the message etc… we were stuck at the abbey for about 2 hours. Opposite the Abbey is the original Tithe Barn which houses a Maison de Vin or Wine Shop – given we had time on our hands we decided to check it out.

Two bottles purchased, bike swapped and we were on our way again. After getting back on the cycle way we went through a tunnel – it had sensor lights in it so as you rode through it a light would come on to guide you through. This is what they need in the tunnels on the Central Otago Rail Trail – might have saved a trip to A & E for Sharon Gardner : )

We had to leave the cycle way a bit further on and navigate our way along some country roads. Andy would have been so proud of us – after managing to get lost in Twizel we didn’t get lost once in this foreign country! I hope I am not speaking too soon – tomorrow is 85% on country roads.

Once we got onto the country roads the landscape changed to how I imagined it would be – lots of vines surrounded by stone Chateaus. The closer we got to Saint Emilion the more Chateaus there were. The streets up to Saint Emilion got steeper and narrower so we had to dismount. We found our hotel – Hotel Palais Cardinal – and checked in. Saint Emilion is a mass of very old buildings and many wine shops!

Saint-Émilion’s history goes back to prehistoric times and is a World Heritage site, with fascinating Romanesque churches and ruins stretching all along steep and narrow streets.

The Romans planted vineyards in what was to become Saint-Émilion as early as the 2nd century. In the 4th century, the Latin poet Ausonius lauded the fruit of the bountiful vine.

The town was named after the monk Émilion, a travelling confessor, who settled in a hermitage carved into the rock there in the 8th century. It was the monks who followed him that started up the commercial wine production in the area. 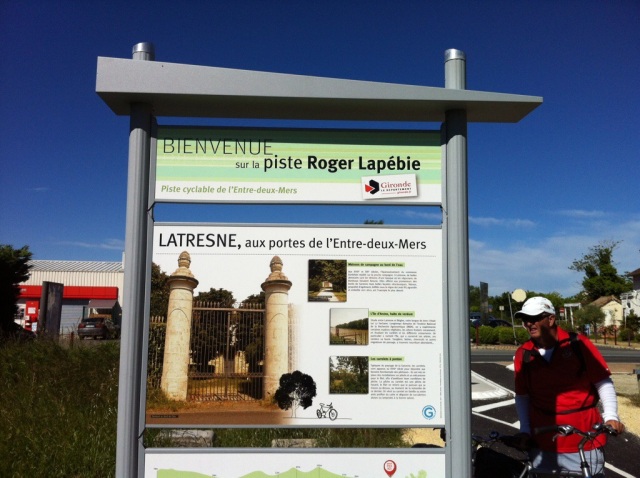 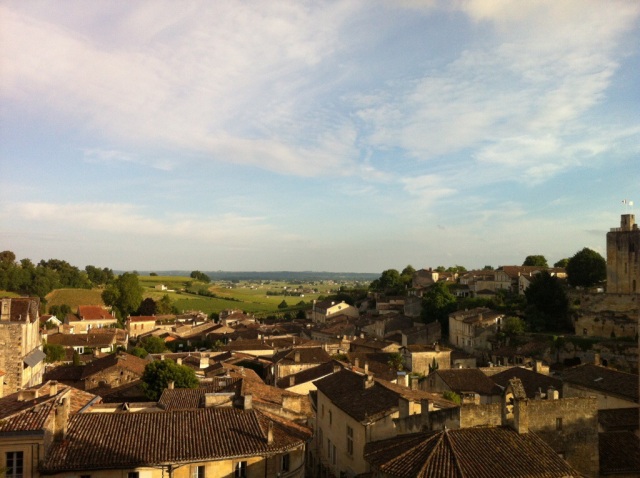 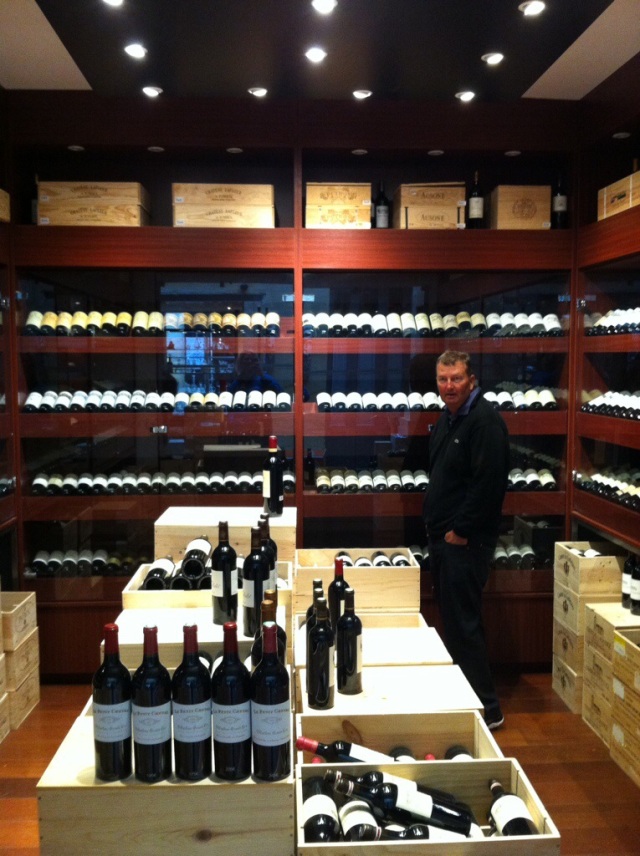 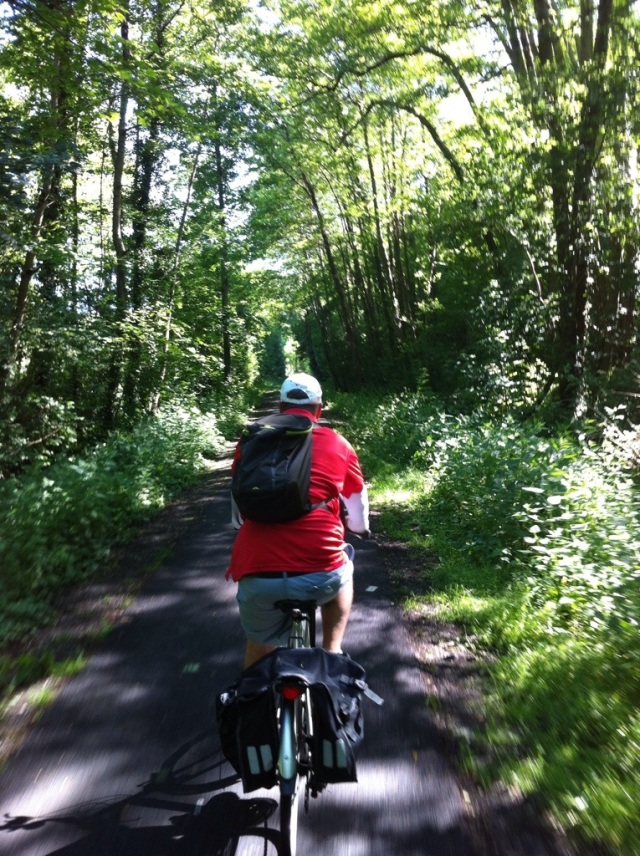 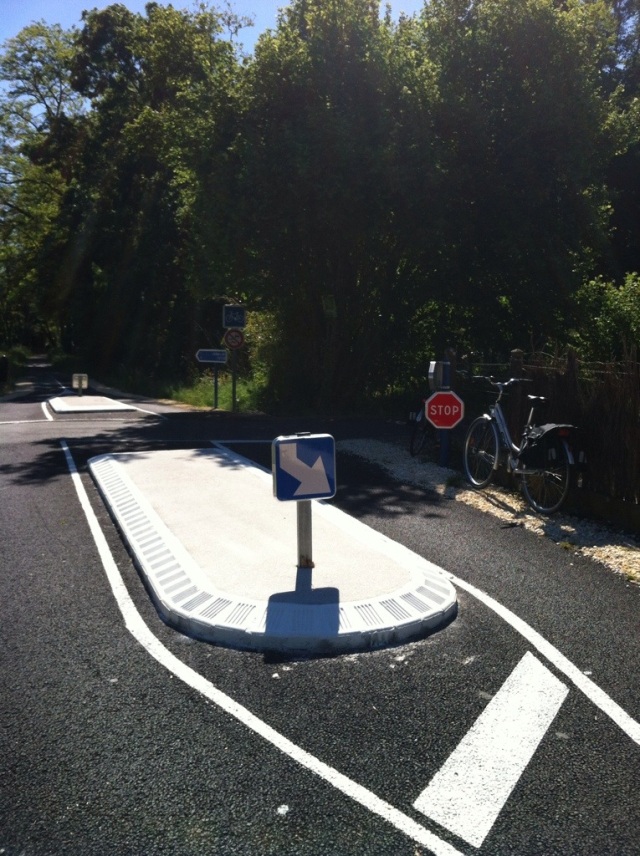 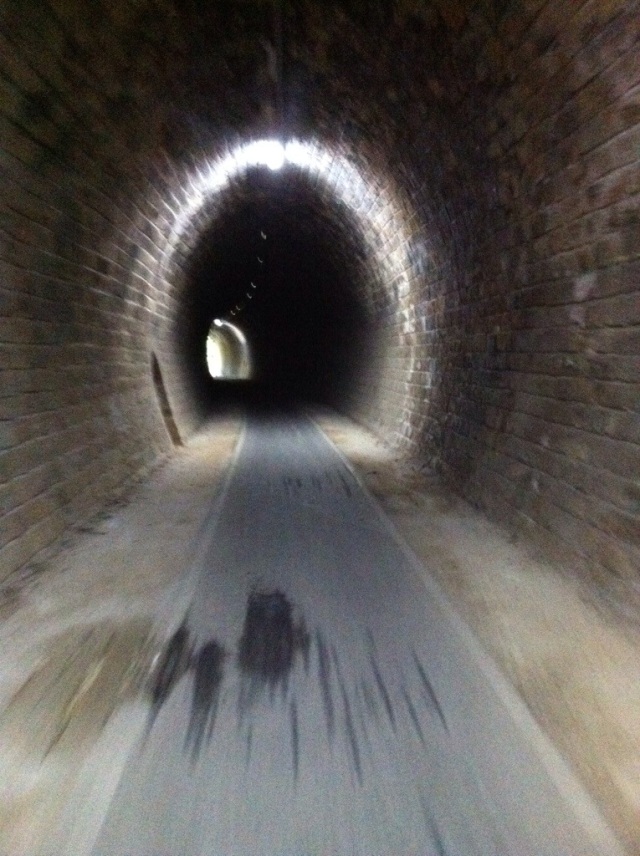 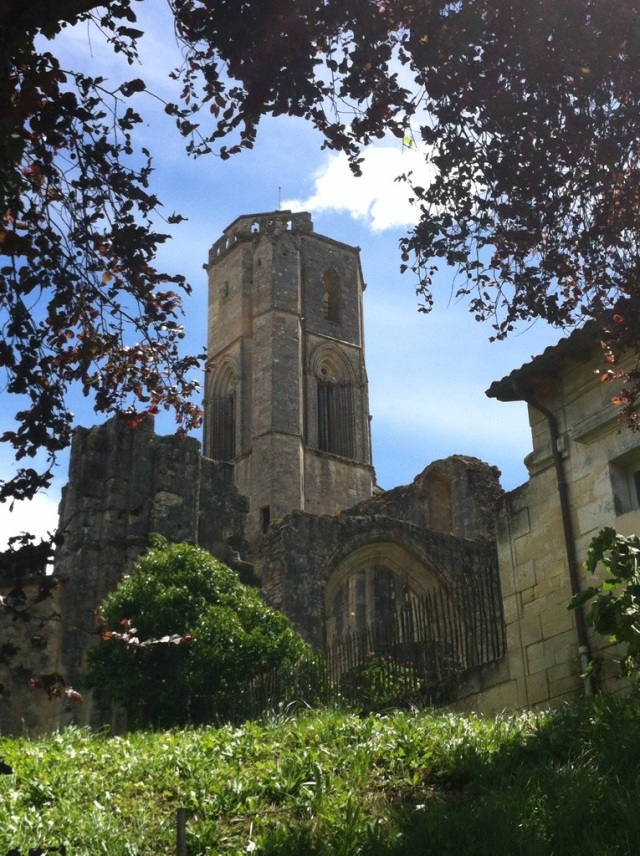 This blog was originally set up to share our 9 month adventure around Europe and the USA with friends and family in 2014. On returning to NZ in January 2015 I decided to carry it on so I could continue to share any future travel adventures - it has become my electronic travel diary. I hope you enjoy and get inspired to visit some of the wonderful places we have visited.
View all posts by SUNGRL →
This entry was posted in France. Bookmark the permalink.