Last night we decided to try one of the highly recommended local restaurants – Parilla Natural. It is a South American grill restaurant where they specialise in steaks from Uruguay. It is owned by an English gentleman who also owns the farms in Uruguay where the meat comes from – apparently he exports it all over the world. He has a sister restaurant called Gourmet Natural which is also close by in Almancil as well as a natural beef shop where you can purchase the meat from.

The restaurant is in a renovated villa and they have built the outside dining area amongst the natural garden surrounds. In the middle of the outside dining area is an umbrella tree that is over 200 years old. It was such a fantastic setting. We had a drink in the outside lounge bar before dinner and could see the raised vegetable gardens full of goodies that are used by the chefs.

We had a lovely meal and I enjoyed a raspberry and coconut mojito. Steve sampled the local wine – a red from the Douro region in the north of Portugal.

We met a couple from London, Denise & Gary, who were dining with their son Nick who happened to be a golf pro. Gary is also golf mad so it was a match made in heaven. They are planning a trip to NZ in January so the Minister of Tourism stepped up to the mark and hopefully we will have some guests in the HB on our return. Meanwhile we have been extended an invitation to visit them in London when we are there in June.

The staff at Parilla Natural were amazing and because it was our first visit to the restaurant asked us if we would like a tour of the place. Nina who is in charge of PR showed us the gardens, the kitchen and the wine cellar. Nina is originally from Brazil.

They use this open fire where they cook the meat – they put the wood into this cage and it burns down and they then use a big metal hook to move the embers under the grill to sear the meat and then let it rest to cook through. The embers closest to the cage are hottest so they move the meat along the grill to achieve the different levels of cooking – well done, medium and rare.

The wine cellar was also very impressive and was full mainly of Portuguese and South American wine. The Portuguese are also renown for their port so we tried a vintage port while we were in the cellar. Our waiter was a bit of a wine buff so he came down and had a chat to us about the wine regions and how they make port.

Port wine is a Portuguese fortified wine produced exclusively in the Douro Valley in the northern provinces of Portugal. Fortified wines in the style of Port are also produced outside Portugal but under European Union Protected Designation of Origin guidelines, only the product from Portugal may be labelled as Port or Porto.

Port received it’s name in the later half of the 17th century from the seaport city of Porto at the mouth of the Douro River. The Douro Valley where port wine is produced was defined and established as a protected region, or appellation in 1756, making it the oldest defined and protected wine region in the world.

Another fantastic night eating good food in beautiful surroundings, making new friends and learning a thing or two along the way. Cheers! 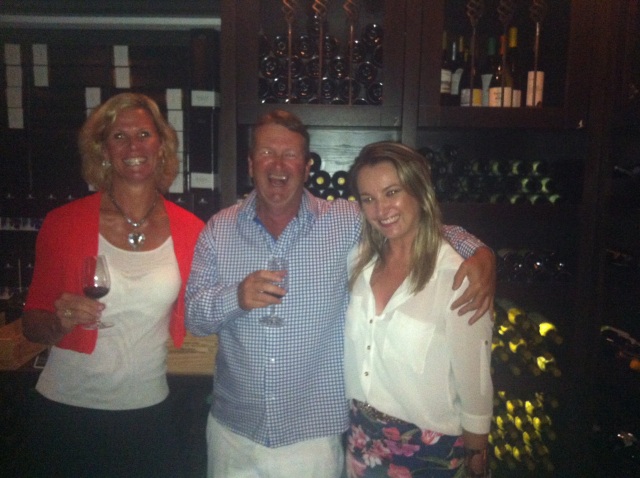 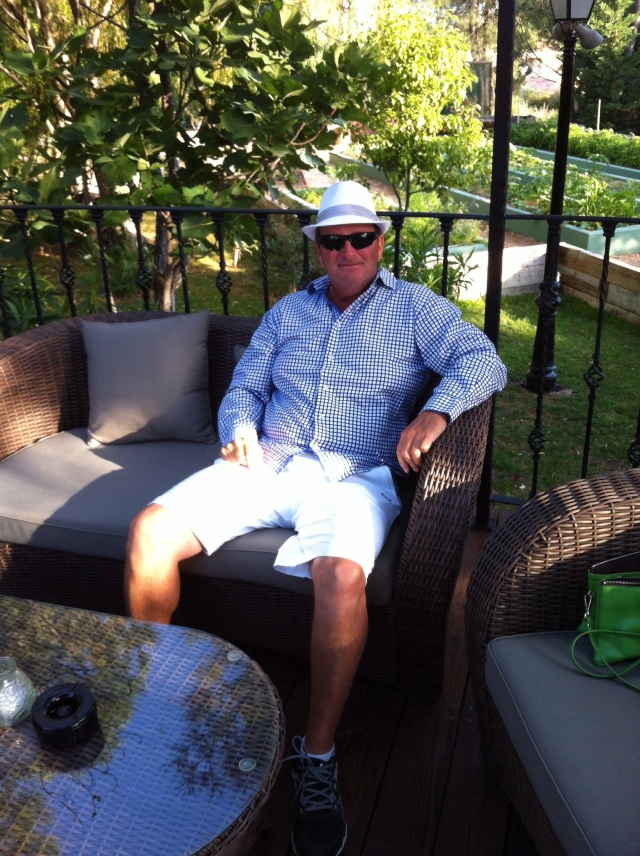